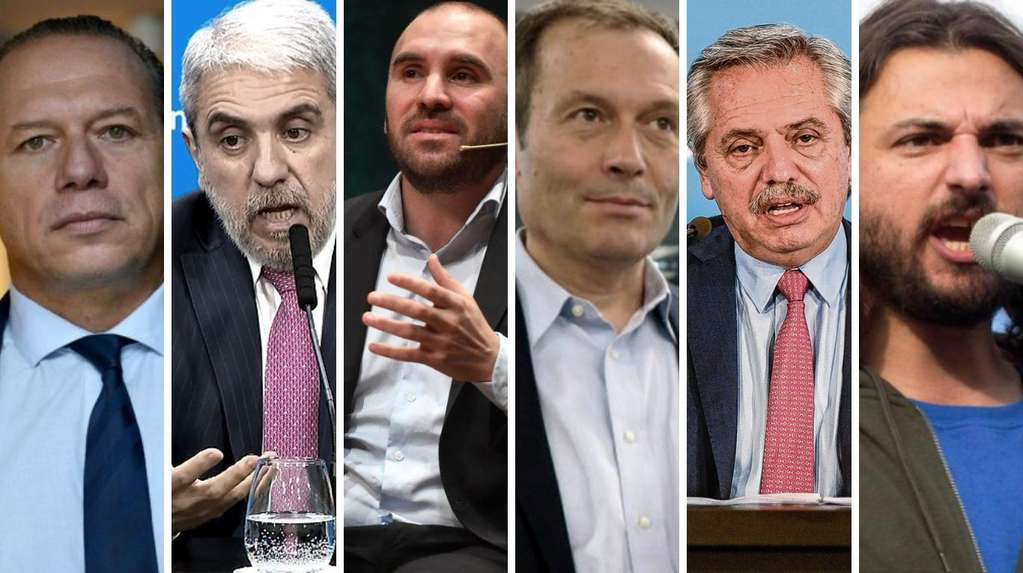 The government is a madhouse

One can look at individual behaviors but the problem is when looking at the whole and when looking at how the Government with words and actions presents it to society how you plan to operate or resolve certain crises. For example, today in Argentina there is a mega security crisis, to the point that Sergio Berni, the Minister of Security of the province of Buenos Aires, has just summoned retired policemen to join the forces of the Buenos Aires Police against what he considers and everyone considers as a big problem, especially in the suburbs .

The Mapuche question it’s like a downscaling of this huge security problem. Berni said that they were terrorists and that the federal security forces had to be sent in. The same thing that the governor of Río Negro said when the violent Mapuche burned down the El Bolson Club Andino. Anibal Fernandez, the Minister of Security of the Nation, answers him saying that he does not have to pay attention to Berni and he replies: “No, it is not that you have to listen to us, but to the 16 million people who did not approve our management ”.

Aníbal Fernández says: “I don’t have to send the federal forces because it is a provincial conflict, but I sent them anyway.” And the president Alberto Fernandez, who sends a WhatsApp to the governor saying that she is not going to send them, then she boasts of having sent them. How do we handle this issue? Like a tongue twister.

If we go to economy we see something similar. The president told the businessmen: “The agreement with the International Monetary Fund (IMF) it has already been closed ”. The Minister of Economy, Martín Guzmán, says that the agreement was not closed because the Fund takes time, because it is bureaucratic, because there are geopolitical crossings within the fund. AND Kristalina Georgieva, the managing director of the fund, says: “We cannot close it until Guzmán brings us a plan, there is no economic program, therefore, what are we going to talk about?”

At the same time, Guzmán, who says he wants an agreement with the fund, gives lectures at the Kirchner Cultural Center with Yanis Varoufakis and with Andrés Arauz, one Greek, the other Ecuadorian, both of whom are deadly enemies with the IMF. What signal do you want to emit? We do not know. And now he insults the opposition, which he will have to go find if he wants an agreement with the fund, because the fund says that since this agreement will take many years, it will have application for more than a year. mandate, we want the opposition to sign it too.

Regarding that agreement with the opposition, Sergio Massa He said: “We are already talking. The problem is that if we say it, it is ruined ”. He said it while he was saying it, that is, ruining it. And on the other side, or the same – because the Government would be the same side -, Victoria Tolosa Paz says that the opposition is not talking to the government, but that they are preparing a coup.

In the midst of all these contradictions, Béliz appears, who goes to the United States to say “we have the same human rights policy with the United States.” At the time I was saying it, Argentina was abstaining in the Organization of American States (OAS) from something as flagrant as an attack on human rights such as that in Nicaragua there is an election in November and all the opposition candidates are imprisoned. causeless.

In front of this crazy scene, in front of this that looks like a madhouse, the absence of Alberto Fernández, entertained in such secondary matters, such as going to inaugurate in Avellaneda, not a factory, a machine within a factory that costs $ 200,000 (a small apartment in Flores). And for the better, financed by the state. The question we all naively ask ourselves is: Is there a strategy behind all this? Because inflation is skyrocketing, so is the dollar, poverty is rising, and after the elections we have to decide whether or not to sign an agreement with the fund. That is, whether or not we jump off the cliff.