The Government put into effect the DNI for non-binary people: how it will be implemented 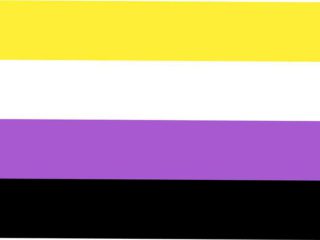 President Alberto Fernández will announce this Wednesday the launch of the National Identity Document (DNI) for non-binary people, which was published in the Official Gazette. “Argentina will take a new step towards a more just and egalitarian society,” Esteban Paulón, Executive Director of the LGBT + Public Policy Institute, wrote on Twitter.

In the decree signed by the President, the Government established that the Ministry of the Interior must “adapt the characteristics and nomenclatures of the National Identity Documents and Passports” in such a way that in the field referring to sex incorporates the letter “X”, in addition to the initials “M” or “F”, Male or Female.

On Article 6 of the decreeFurthermore, the Executive established that the new DNI will be valid for all agreements established on travel documents of the member states of Mercosur and Associates and instructed the Ministry of Foreign Affairs to notify ICAO (International Civil Aviation Organization) of this change that Argentina is carrying out.

Despite the fact that since 2012 in our country Law No. 26,743 on Gender Identity has been in force, which allows people over 18 years of age to change their sex on their DNI, those who do not identify with any of the genders established by the society (female-male), were excluded when carrying a document with data that did not represent them.

// Non-binary people: they do not identify with either the male or the female and struggle to have access to basic rights

“We have a lot in common and, at the same time, we are different. Our appearance or idioms do not unify us, neither do the pronouns. There is no one way to be non-binary. What does unite us are our diverse identities, which run away from the cis-binarism that has been imposed on us at birth. And it is the day-to-day experiences, from the reprehensible (the violence exercised socially and by the state, for example), as the pleasant (to celebrate today on the 14th) or the solidarity (to help us when in need), those that unify us, the that effectively make us a community ”, explained in the Instagram account of No Binarie Assembly of Buenos Aires, a space for activism and dissemination on non-binary identities.

They also emphasize the human rights that are being denied them: “Access to education, health and a decent home are the basic rights that for us are far from being guaranteed, and as a community We demand a DNI that is consistent with our identities”.

Argentina, at the forefront of rights

This advance in the area of ​​rights for the LGBT + community occurs days after the approval of the Trans-transvestite Labor Quota Law and two months after the creation of the National Plan for Equality in Diversity that raises “the non-binary, decentralist and decolonial as a logic of public policies ”.

On that occasion, the Secretary for Equality and Diversity Policies of the Ministry of Women, Gender and Diversity, Cecilia Merchán, detailed that the non-binary approach aims to break out of the male / female dichotomy as unique categories, and decentralization alludes to promoting local and territorial approaches, while decolonialism proposes breaking with Eurocentrism and incorporating the ethnic perspective.

The project recognizes “the agency capacity and potential of people, not only at the individual level in the present, but in their social, collective and historical inscription”, for this reason the Plan will seek “to question the target people as subjects, actors and agents of rights, that is, as citizens ”.

Merchán explained, on the other hand, what the concept of “equality in diversity” alludes to, which, for those who do not know this issue closely, can be contradictory.

Get to know our Diversity and Inclusion community on all social networks. First-person stories, information, video explainers and data to promote respect and fight discrimination.