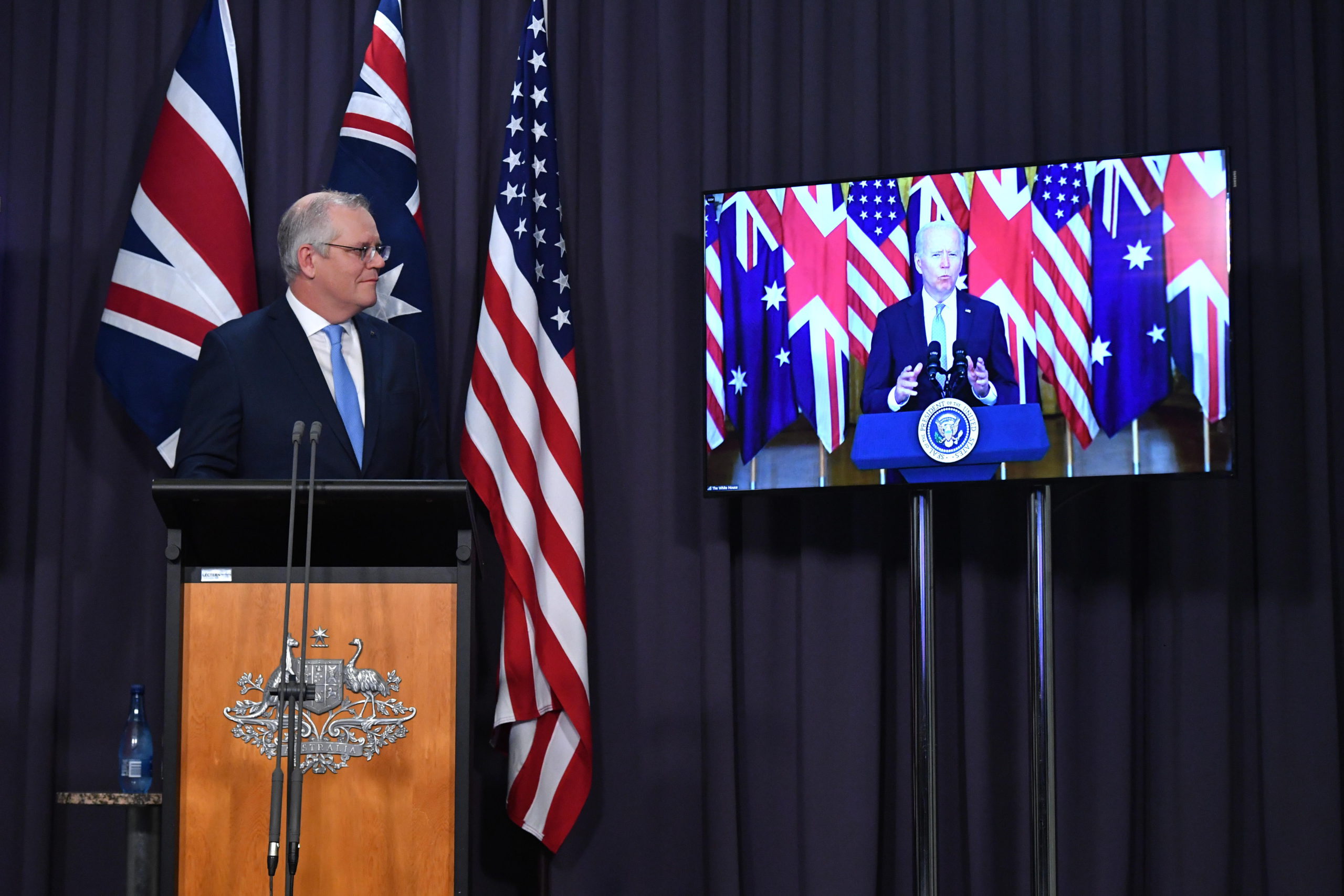 The strategic alliance of the United States, the United Kingdom and Australia to curb Chinese expansionism between the west coast of Africa and the eastern Pacific has shaken the international board. Criticized by Beijing for undermining regional peace and stability, the agreement constitutes the most assertive response yet of the Joe Biden Administration to China. The consortium also raises concerns about the provision of nuclear-powered submarines to Australia, to patrol the waters of the South China Sea, whose jurisdiction Beijing claims. The alliance will also be known as Aukus, an acronym for the English initials of Australia, the United Kingdom, and the United States.

A reissue of the Cold War, shifted to the east. The definitive consecration of the angloesfera. Traces of an incipient neocolonialism, to counteract the imperial dream of the New Silk Road. Also the irreversible consummation of Brexit, thanks to a strengthened transatlantic relationship that decidedly bypasses Europe. There are many possible readings of the announcement, on Wednesday, of the trilateral alliance of the United States, the United Kingdom and Australia to counter the strength of China in the Pacific, and they are all right. The hit on the board, with a veiled nuclear threat, considerably transforms the the status quo regional.

After releasing the last drag on its foreign policy, the eternal war in Afghanistan, the United States has taken a definitive turn towards Asia, with the United Kingdom as the preferred partner and Australia as the reinforced beneficiary, as it will replace its antiquated fleet of submarines with other propulsion ones. nuclear power with the help of Washington and London, to the detriment of France’s powerful defense industry, with whom it had engaged to renew the fleet. It is not news that Washington decides to use all available means to curb China’s expansionist ambition – it is the first foreign policy dictation of the Biden Administration – although during the official announcement, in which British Prime Ministers Boris Johnson, and Australian Scott Morrison, spoke virtually, none of the three leaders explicitly mentioned Beijing. Senior US officials insisted that the pact “is not directed against any country” in particular, while Biden declined to answer questions about the Asian giant, but there was no need to connect the dots.

The agreement is also historically relevant, as it will be the first time since 1958 that the US has shared its technology to develop nuclear-powered submarines. That year, the United Kingdom benefited from US aid, both countries allied against the Soviet Union. But the mention of nuclear worries in the 21st century, especially when Washington tries to return Iran to the fold of the nuclear pact, although in his speech Biden stressed that the new Australian submarines will not have “nuclear weapons”, but will be “conventionally armed, and empowered by nuclear reactors ”. “It is a safe technology,” he said.

Also made clear by Prime Minister Morrison: “Australia does not seek to acquire nuclear weapons or develop a civilian nuclear capability. We will continue to meet all of our nuclear non-proliferation obligations. ” Despite all the safeguards, the announcement can be interpreted in Tehran as a free way to go ahead with its uranium enrichment program, according to several observers.

The three countries involved have pledged to maintain “the non-proliferation regime”, a good purpose that did not prevent New Zealand from announcing, minutes after the alliance was known, that it will veto the entry into its waters of the new submarines. Australia will be the seventh country in the world with this type of fleet. “We are talking about nuclear propulsion, not nuclear weapons. Australia does not intend to pursue nuclear weapons, and is, in fact, the leading country in all non-proliferation efforts in the NPT. [tratado de no proliferación nuclear] and in other forums ”, assured a White House official, regarding the international agreement inherited from the Cold War.

The International Atomic Energy Agency (IAEA) was informed of the alliance “at an early stage of its development”, explained yesterday in a statement the director general of the agency, Rafael Mariano Grossi, who stressed the “extraordinary credentials of Australia in favor of non-proliferation ”and the signatories’ commitment to the treaty.

But the abundance of caution fails to hide the increasing escalation in the Indo-Pacific, and specifically in the waters of the South China Sea. The three most powerful nuclear submarines in the US Navy were deployed in the Pacific region during the summer, to China’s naval display in an area of ​​great commercial and strategic importance that Washington and its allies consider international waters, and Beijing, jurisdictional waters.

The strategic announcement comes just ten days before Biden will meet in person at the White House on the 24th, the prime ministers of Japan, India and Australia. The four countries constitute a group called the Quadrilateral Dialogue (QUAD, as it is known in English), an association in response to Beijing’s assertiveness to the world. At their first summit under the Biden Administration, held virtually in March, they reiterated their commitment to an Indo-Pacific region “free and open, with a maritime order based on rules. [en alusión a la impunidad de Pekín] in the South China Sea and the East China Sea ”. Australia is now reinforced as a preferred partner of Washington, with which it already participated in the Five Eyes global surveillance and espionage system, along with the United Kingdom, Canada and New Zealand. Just three years ago, the Australian authorities argued that there was no reason to choose between the United States and China, but now they have bet, very assertively, to stand up to Beijing. So much so that Morrison yesterday invited President Xi Jinping to keep the channels of dialogue open, convinced that the region can live in peace, respecting “the sovereignty and independence of nations,” in statements quoted by local media.