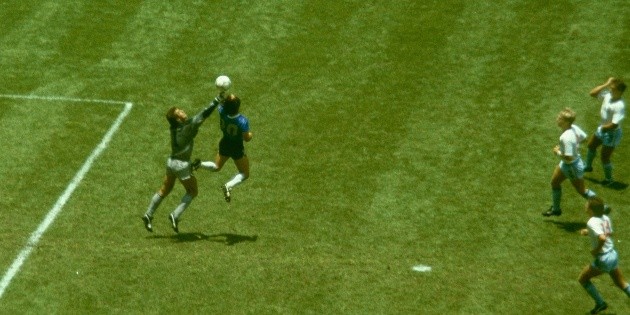 The Hand of God: trailer for the Netflix movie that disappoints Diego Maradona fans

The Hand of God is the next movie of Paolo Sorrentino, which will have its world premiere through the streaming service Netflix at the end of 2021. This Thursday its first trailer was presented, in which we observed how Diego Maradona it was an important piece in the life of the director. Although the title suggests a mythical move by the Argentine star, the plot does not follow the footballer.

Is about a biographical film of the filmmaker, who directs, writes and produces it. At 16 years old, Sorrentino lost his parents in an accident in the mountains while traveling and The film will narrate how Maradona indirectly saved his life, as he decided to stay in his hometown, Naples, to watch a match in which the 10th shone for the team from the southern region. Check out the preview!


This feature film was close to being sued in mid-2020 by the team of lawyers of the former soccer player who died on November 25 of last year. His legal representative, Matías Morla, addressed a few words to the platform arguing that there was an unauthorized use of his image, but quickly They replied that it is not a sports tape, but that the nod to their goal against England at the 1986 FIFA World Cup is an excuse for the title.

The truth is that by observing “The Hand of God”, many fans of Maradona they thought it was a new feature film about his sporting life, but after the controversy of the possible lawsuit clarified the situation and generated disappointment among them. The film is linked to the goal and the city in which Diego is an iconic figure, but the main character is a young Sorrentino.


It is not the first time that the director approaches who is considered the best footballer of all time, since in 2014 it won the Oscar for Best International Film for The Great Beauty and in his thanks he named Maradona. For your luck, Diego echoed his speech and replied: “As a good Neapolitan, this has ingratiated me, it comes at a good time in my life. You are a great winner and we will give each other a hug”.