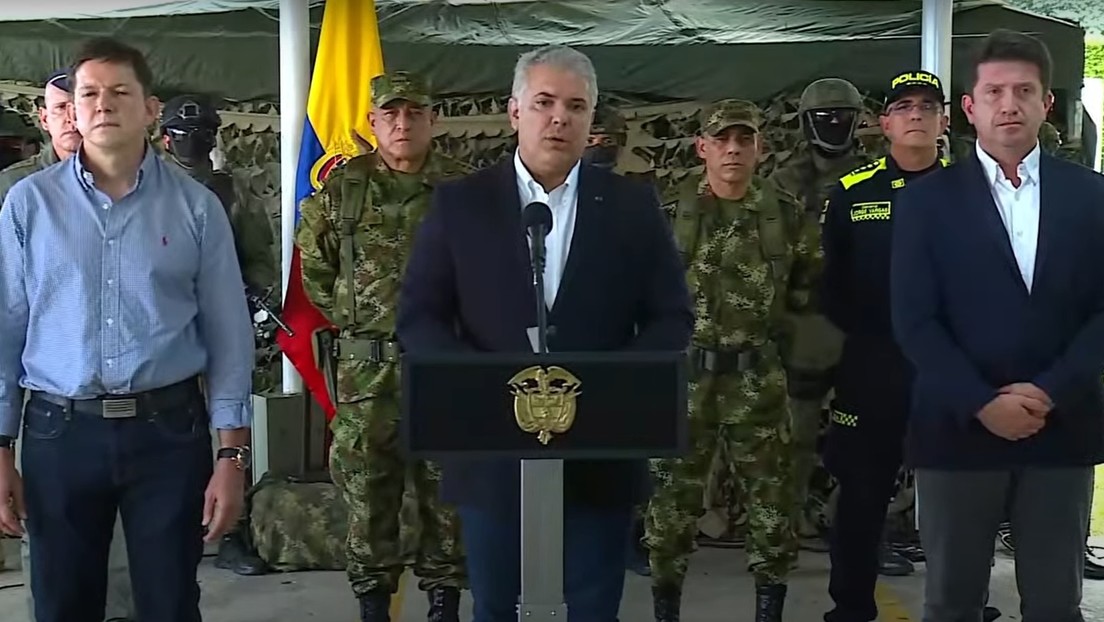 “The hardest blow to drug trafficking in this century in Colombia”: Duque celebrates the capture of ‘Otoniel’, “comparable only with the fall of Pablo Escobar”

Colombian President Iván Duque has traveled to the place of arrest of Dairo Antonio Úsuga alias ‘Otoniel’, the most wanted man in Colombia.

“The hardest blow to drug trafficking in this century in Colombia,” Duque declared this Saturday, when the Colombian authorities, within the framework of Operation Osiris, in Antioquia’s Urabá, confirmed the capture of the head of the ‘Gulf Clan’.

Likewise, the president celebrated the capture as an event “comparable only with the fall of Pablo Escobar.”

The ‘Clan del Golfo’ is considered the largest group of drug traffickers in Colombia. For ‘Otoniel’, the DEA offered up to five million dollars.