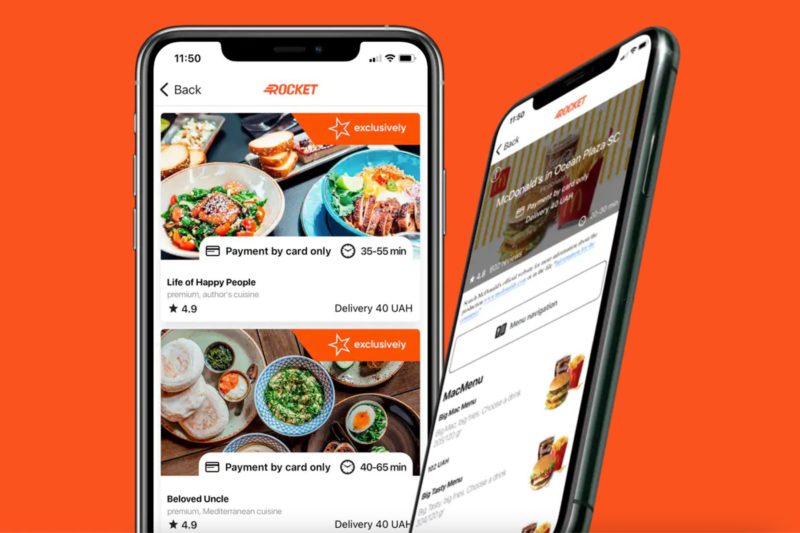 Rocket, the ‘food tech’ from distribution delivery based in Amsterdam, will land in Spain in November, where it will begin to operate in the cities of A Coruña, Granada, Pamplona and Valencia for the delivery of food at home. A landing that comes just a few months after the entry into force of the ‘Ley Riders’ by Yolanda Díaz, Minister of Labor and Social Economy.

According to a statement, the firm has announced that it will have an initial fleet of more than 530 ‘riders’ full-time, which will increase to over 730 distributors in January 2022. Rocket has indicated that complying with the new ‘Ley Riders’, wants to become the “best company” in its sector, so it will offer its employees the “best existing working conditions”.

The Amsterdam-based company, which already operates with a total fleet of 7,000 ‘riders’ in 37 cities in five European countries, is expanding its business to Spain, where it will launch in the cities of A Coruña, Granada, Pamplona and Valencia. The company’s Spanish headquarters will be located in Madrid and it expects to reach an initial workforce of about 600 employees, including riders and administrative staff, by the end of the current year.

“Spain is an area of ​​great importance for growth in Europe and we really want to differentiate ourselves from our competitors by becoming the leading delivery company in the Spanish market. In addition to having the best delivery service in the market,
We are committed to offering the best working conditions to our distributors, in accordance with the Spanish Riders Law “, said Rocket’s head of international expansion, Javid Movsumov.

In this way, Rocket has indicated that it will offer an indefinite contract to all its employees, as well as the best working and social conditions in the home delivery sector, in compliance with the new ‘Riders Law’ approved last May.

In addition, the company has acquired the commitment to negotiate a collective agreement that recognizes and guarantees its workers the best
social benefits of the sector. Thus, your employees can count on a flexible schedule, training courses, warehouses throughout the city center with designated break and meeting rooms, and promotional opportunities within the company.

The ‘food tech’ It has pointed out that “it combines legal respect and a good relationship with its workers thanks to the application of a unique business model, based on flexibility and permanent dialogue with workers and their legal representatives.”

In 2022, Rocket aims to have its own fleet in Spain of around 2,500 riders, to which will be added a workforce of around 120 employees at its Madrid headquarters. In addition, the company plans to expand its presence in Spain to 11 more cities, with which it will be operational in a total of 15 locations in Spain.

In this way, the company plans to open offices in Seville, Zaragoza and Vigo and, later, in Malaga, Cordoba, Marbella, Madrid and Valladolid, while it will arrive in Bilbao, Murcia and Cartagena at the end of next year.

Rocket, rated by Forbes at $ 100 million, is also committed to sustainability in its business, so it will make silent and zero-emission electric vehicles available to its distributors, such as electric scooters and e-bikes, which will be purchased from local suppliers. In addition, you will use bags made from recycled materials and all the cutlery will be optional.