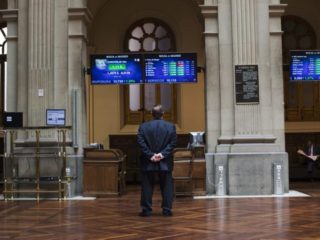 Jun 24 (Reuters) – The Spanish stock market opened in positive territory on Thursday awaiting the Bank of England’s monetary policy meeting, as investors reassessed contradictory statements by members of the United States Federal Reserve on inflation and they await the next macroeconomic data in search of clues.

Markets will be attentive to the Bank of England’s interest rate decision to assess the impact of inflation on the world’s fifth largest economy given the disparate views of US monetary policy makers on tapering. of monetary measures.

After Fed Chairman Jerome Powell downplayed mounting price pressures, Atlanta Fed Chairman Raphael Bostic said that, with growth estimated at 7% this year and a inflation well above the Fed’s 2% target, it now expects interest rates to have to rise by the end of 2022.

Both Bostic and Fed Governor Michelle Bowman said that while they agree that the recent price increases will be temporary, they also believe it may take longer than anticipated to wear off.

“With these continuous changes of speech by the chairman of the Federal Reserve, investors continue to be ‘afraid’ of inflationary tensions, although they do not stop ‘trusting’ in the ups and downs of the members of the FOMC,” said analysts at IG.

The insurer Mapfre was one of the values ​​with the best evolution and it was noted down 1.85% in the first operations of the day, while the opposite extreme was occupied by ArcelorMittal, which left 0.40%, after the positive evolution of the eve.