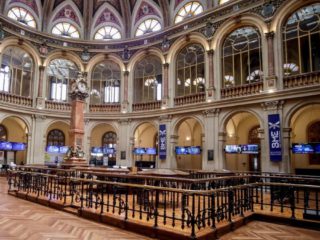 The Ibex 35 has started the session this Friday with a rise of 0.14%, which has led the selective to 9,147 points at 9:01 am, encouraged by the new highs harvested in Wall Street on the eve, after the rise in US inflation, which according to experts, will be temporary. A scenario that comes after the meeting of the Governing Council of the Central European Bank (ECB) and the publication of inflation data for the United States, the highest since August 2008.

Specifically, the ECB announced yesterday its decision to extend until the third quarter of the year its high rate of purchases, compared to the first months of 2021, under its Pandemic Asset Purchase Program (PEPP) with the aim of keeping financing conditions at a good level.

In this way, the selective Madrid started the session again above the psychological level of 9,100 points, after falling 0.2% yesterday on a day in which it was known that US inflation soared in May to 5 %, the highest rate since the summer of 2008.

For their part, the rest of the European stock markets opened flat in the case of Frankfurt and Paris, while London rose 0.2%, after learning that the ECB will continue with the stimuli to face the coronavirus crisis.

Finally, the price of the euro Against the dollar it stood at 1.2187 ‘greenbacks’, while the Spanish risk premium stood at 63 basis points in the early stages of the session, with the interest required on the ten-year bond at 0.360%.