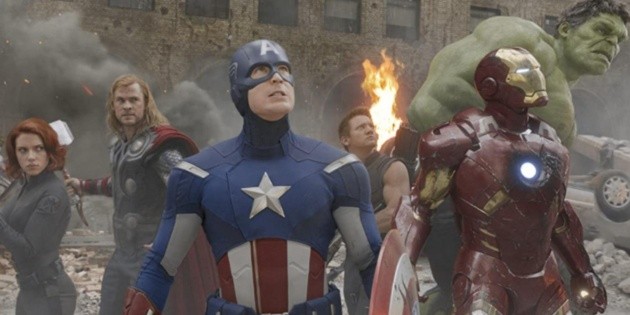 The ideal order to watch Marvel series and movies!

The Marvel Cinematic Universe it does not stop growing. First it was the movies. Then came the series. Now, all content is available in Disney+, a single place for you to enjoy the adventures of your favorite heroes of the brand. The Infinity Saga whole plus the beginning of the MCU Phase 4. You will be able to see the Avengers o go Guardians of the Galaxy facing fearsome threats like Ronan The Acuser or Thanos himself. You are ready?

We are going to present you the chronological order in which you should enjoy the Marvel Cinematic Universe. In this way, you will be ready for the upcoming releases: Shang-Chi, Eternals and Spider-Man: No Way Home. We will go back in time to remember key moments from the longest franchise in movie history. An absolute success, built by Kevin Feige and all the creatives who participated in this story.

+ The Order to Enjoy Marvel Movies and Series

The Captain America is facing Red Skull that uses the Tesseract, a cosmic object, in order to empower Hydra’s war machinery. Steve Rogers becomes the super soldier and manages to defeat the villain through a sacrifice.

Carol Danvers is in the middle of a war between the Kree and a group of Skrulls who are sheltering on Earth. So, she discovers the truth about her powers and accepts her fate as an intergalactic heroine.

Tony Stark is kidnapped by the Organization of the Ten Rings. However, the cunning millionaire creates armor that helps him escape and transforms into the hero. Iron Man.

Bruce Banner is hunted by General Ross who, in desperation, relies on a soldier to turn him into a beast as powerful as Hulk. The Green Goliath will face a true Abomination.

A villain wishes to take revenge on Tony Stark and create your own Ark Reactor that powers your weapons. In the meantime, Black Widow tries to infiltrate Stark Industries. Iron Man will have a new partner: War Machine.

The God of Thunder he is proud and self-centered. After a battle with the Frost Giants, Odin sends him to Earth stripped of his powers.

The Mandarin threatens the life of Iron Man, while the Extremis virus empowers new villains who are willing to do anything to get what they want. Tony Stark you will discover that heroism is not armor.

The Captain America must face a mysterious villain: the Winter Soldier. The revelation of the identity of this character will have repercussions on Steve Rogers.


+Guardians of the Galaxy

Peter Quill steal an orb that is wanted by Ronan The Acuser who wants to deliver the valuable artifact to Thanos, for the Mad Titan to destroy the planet Xandar. The adventure will end with the union of the Guardians of the Galaxy.


+Guardians of the Galaxy Vol. 2

The past of Peter Quill will reveal himself and endanger the entire team when the Guardians of the Galaxy They must face the worst threat: the celestial Ego, The Living Planet.

The Avengers will face a creation of Tony Stark: Ultron. With the help of Scarlet Witch, Quicksilver y Vision, the team of heroes will manage to defeat this threat.

The Avengers They are divided into two groups by a Law that seeks to regulate the activity of superheroes. One team responds to Captain America and the other to Tony Stark. A conspiracy carried out by the villainous Zemo will further fracture the group.

Natasha Romanoff He reunites with his Soviet family and faces his past as an elusive villain, Taskmaster, complicates his life.

The Throne and the fate of Wakanda are in play when T’Challa face your cousin Killmonger who intends to use the resources of the mighty Nation to start a war.

The surgeon Stephen Strange suffers a car accident that ruins his professional career forever. Searching for a cure, he discovers much more than he bargained for when he learns about magic and becomes the Supreme Sorcerer.

Spidey listen carefully to the teachings of Tony Stark, while trying to balance his life as a hero with that of a student. So a villain acting under the radar of mighty heroes like Iron Man y Thor, it will change everything.

Thor y Loki they must join forces to defeat their sister Whole, the Goddess of Death. They will also have to prevent Ragnarok, the total destruction of their home.


+Ant-Man and the Wasp

Scott Lang the revela a Hank Pym who knows how to bring his wife back Janet from the Quantum Realm. Everything will be complicated by the intrusion of the villain known as El Fantasma.

Thanos Search for the Infinity Stones to end the life of half the universe. His mission leads him to face the Avengers. The heroes of Earth cannot stop the Mad Titan who achieves his goal.

Five years after Infinty War, the Avengers have a plan to dismantle the actions of Thanos. The heroes will travel in time to obtain the Infinity Stones. Thanos will be waiting for you …

Spidey meet Mysterio, a hero who fights against the Elementals, villains who ended his world. Not everything is what it seems and the new character has intentions that young Peter does not know.

The God of Deception he is arrested by the TVA and discovers his female version, Sylvie. Together they get to know Kang The Conqueror and the Asgardian variant removes it, creating many timelines.

Wanda has kidnapped an entire town with his power while living an ideal life alongside Vision and his sons. However, not everything is what it seems and soon the happy reality of these characters will change forever.


+The Falcon and the Winter Soldier (serie)

Sam Wilson must decide whether to accept the legacy of Steve Rogers As the Captain America while facing a global threat alongside Bucky Barnes, the Winter Soldier.


You still don’t have Disney+ to enjoy all the exclusive content of Marvel? Subscribe in this link. What are you waiting for?