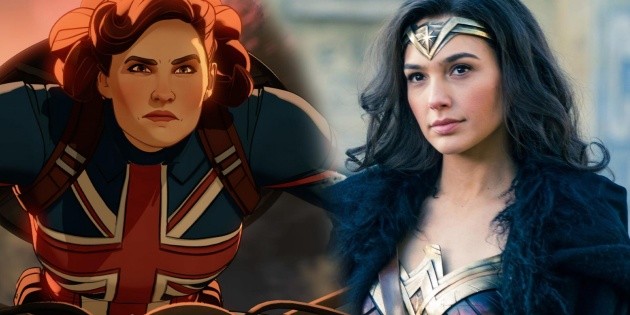 The incredible connection between What If …? and Wonder Woman discovered by a fan

Disney+ became the platform that saved Marvel Y Disney of having to indefinitely postpone the arrival of Phase 4 of the Cinematographic Universe of Marvel (MCU). Since Spider-Man: Far From Home It was released in July 2019 and Phase 3 closed, the followers of the saga had to wait to return to the cinema. The series, with WandaVision at the head they became the relief that this week premiered its fourth production, What If…?.

As the first animated series of the MCU, it was clear that What If…? it was going to generate a stir and theories were not going to take long to appear. The first of the episodes focused on what would have happened if instead of Steve Rogers, the one who received the serum from the super soldier was Peggy Carter. Thus, it became Capitana Carter, which in this animated universe was the first avenger.

Several users of the networks were in charge of sharing images of the first episode of the series. Among all of them stood out one that discovered a connection between the animated series of Disney+ Y Wonder Woman. To do so, he compared different paintings from both productions.

What If…? I was going to have a different start for Steve Rogers

In the first episode of What If…? Steve Rogers he did not receive the serum from the super soldier but he was able to become a hero and fight alongside Capitana Carter thanks to Hydra Stomper. However, the original idea was that the character we know for being Captain America was a villain. So he explained Bryan Andrews, show director, who said, “Early in development we came up with very crazy ideas.”

The other big change was the voice of Steve Rogers, which did not fall into the hands of Chris Evans it was for another actor. The person in charge of interpreting it was Josh Keaton, an actor with a long history in the world of animation with works in series such as Ben 10 Y Spider-Man.