The IOC donates to Spain the 3,888 doses of Pfizer used to vaccinate Olympic athletes 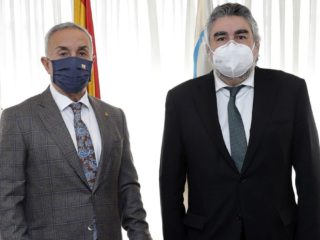 After several meetings with the International Olympic Committee and the American pharmaceutical company Pfizer, the president of the Spanish Olympic Committee, Alejandro Blanco, has managed to get the highest Olympic entity and the North American company to reach an agreement for Pfizer to donate 3,888 doses of its vaccine to immunize a total of 1,940 people, including members of the Olympic and Paralympic families.

Thus, the Government of Spain recovers the total of the doses provided to vaccinate athletes that this summer they will be part of the Spanish Olympic Team at the Tokyo 2020 Games and, therefore, Spanish society will not see its vaccination process altered.

This is fantastic news. All the vaccines that the Spanish Government has allocated to the Olympic family will be replaced by the International Olympic Committee. Thanks to this agreement, we are not going to spend any vaccines from Spanish society ”, explained the president of the Spanish Olympic Committee, Alejandro Blanco.

The agreement between the COE, the Ministry of Health, the Ministry of Defense and the Ministry of Culture and Sports to immunize the Olympic family, and that was presented on May 7 after several months of negotiations, It was the result of the initiative of the president of the Spanish Olympic Committee to respect both the athletes who are going to represent Spain and Japanese society.

The Armed Forces began to vaccinate Spanish athletes on May 17 and since this Monday the second dose is already being provided to achieve complete immunity.