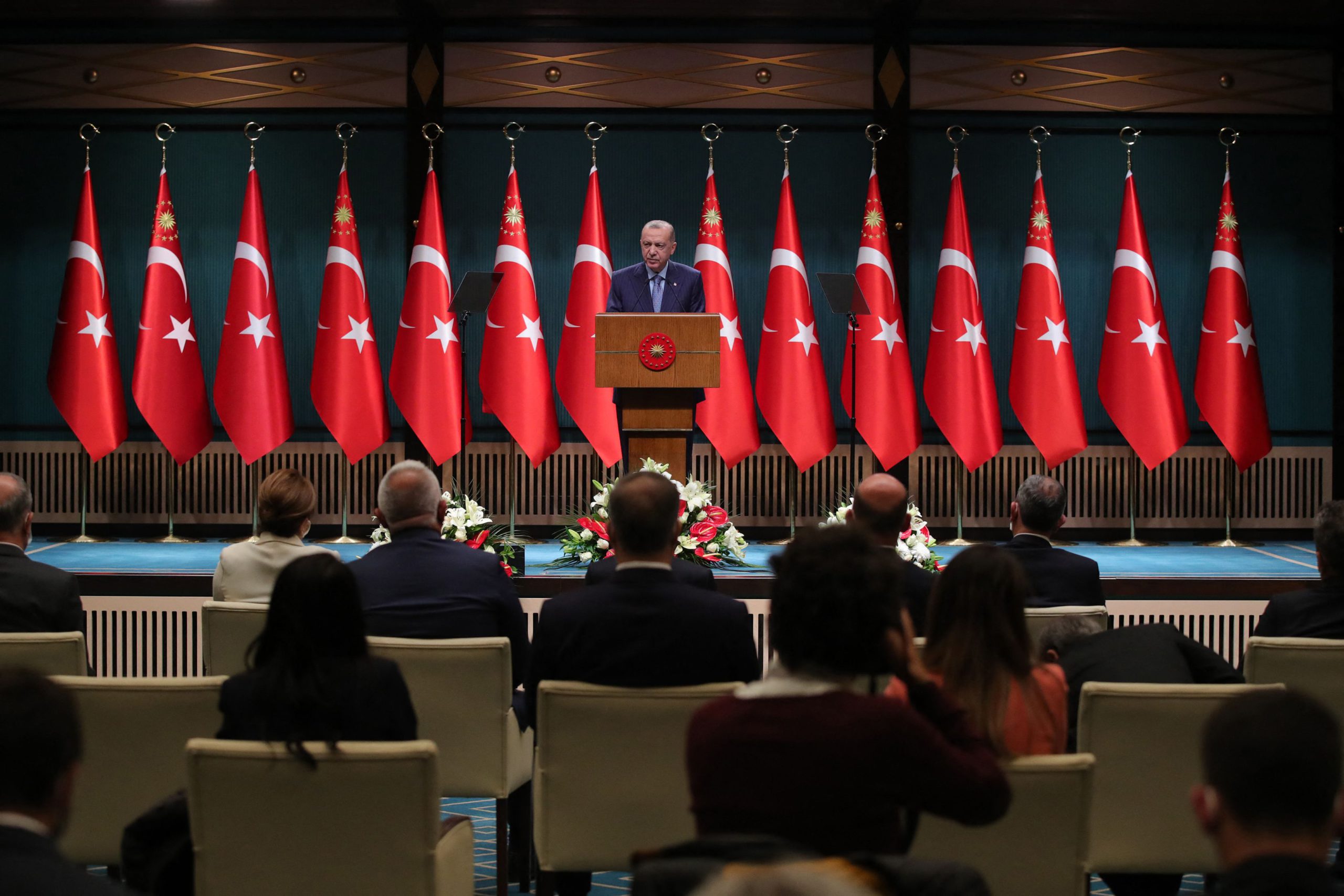 Palestinian Mohamed Salhab al Tamimi, originally from Hebron (West Bank), disappeared on September 3 in Turkey. His colleagues last saw him after finishing a night watch at the Selçuk University hospital in Konya, in the center of the country, where he was studying medicine. He went home, changed, and went out to the mosque to participate in prayer on Friday. Witnesses mentioned by the Turkish DHA agency They claim that, on the way, a van stopped next to the young man and four hooded men forced him into the vehicle, which set off in the direction of Ankara.

He was not the only Palestinian who lost track of him. Up to nine young people who were studying and working legally in Turkey were reported missing last September, in different parts of the country and in cases with no apparent connection. The alarmed Palestinian authorities launched an investigation, as there was no trace of them in any official record in Turkey, neither in the police station, nor in hospitals nor in morgues. Salhab’s companions did not explain it to him: “He was a person without blemish. He knew the Qur’an by heart and was very devout. A good boy. He was going to be a great doctor, he was close to graduation. And I had no problems with anything or anyone, “explained one of them, cited by DHA. In contrast, for MIT, the powerful Turkish secret services, Salhab was a spy.

The plot of the disappearances has brought to the fore in Turkey the underground war that the intelligence services of Israel and the Palestinian Authority are supposedly waging against Hamas, the Islamist movement that actually governs the Gaza Strip and is protected by the Turkish Government. , led for almost two decades by the Islamist Recep Tayyip Erdogan, current president of the country. The mystery did not begin to be clarified until mid-October, when the Turkish authorities admitted to Palestinian diplomatic representatives that at least two of the disappeared were in police custody, although without clarifying for what crime.

Last week, the diary Sabah and the state television channel TRT – both very close to the Turkish government – reported that the secret services had broken up a network of 15 agents working for Mosad, the Israeli foreign spy agency. Between the photos of the alleged spies published by the press, only slightly blurred and identified by initials, the faces of some of the disappeared could be guessed, including that of Salhab.

According to these revelations, an MIT operation involving 200 agents spent a year monitoring the movements of this alleged spy network working on Turkish soil for Mossad. It was made up of “individuals of Arab origin” and organized into five cells of three members each that were dedicated to gathering information on Palestinians, especially those studying careers focused on technology and defense. Israel has concentrated targeted assassination operations in Tunisia, Syria and Gaza in recent years against Palestinian engineers specializing in the construction of rockets and drones.

Some components of the network met periodically with alleged members of the Mossad in Zurich (Switzerland), Zagreb (Croatia) or Nairobi (Kenya) and served as couriers to transfer money and orders. The newspaper Sabah has published excerpts from Salhab’s alleged confession, in which he explains that, in 2018, he was contacted via WhatsApp by a person who identified himself as a businessman. He said he owns a company dedicated to sending people of Arab origin to study in Turkey and is interested in knowing what the student selection process was like and what aid was offered to Palestinian students by the Turkish government and municipalities.

After preparing a first report on these issues, for which he received several thousand euros, others followed on the activities of Palestinian NGOs in Turkey and, finally, a meeting with two individuals in Zurich who identified themselves as belonging to “an intelligence organization doing research work for the European Union ”and that they were interested in helping the Palestinians.

The 15 detainees were brought to justice in early October on charges of espionage. But the plot has become even more complicated as new information about the case has emerged. Israeli intelligence sources have ruled out any connection to the dismantled spy ring in Turkey. Ram Ben Barak, former deputy director of the Mossad and current deputy in the Knesset (Parliament) denied on Sunday in statements to television channel 12 that they were foreign espionage agents. “Turkey’s intelligence services try to exaggerate their successes, but this is disproportionate information,” claimed Ben Barak.

A Mosad source has also revealed to the Israeli columnist Ben Caspit that the spy agency “does not have a powerful network of its own in Turkey.” “This is an internal Palestinian affair, in which the Mossad has only played a marginal role,” says Caspit on the digital portal Al Monitor. According to the information published by the Palestinian news agency Shehab, close to Hamas, the spy network in Turkey had been established by the Palestinian General Intelligence Service (GIS), under the direct orders of General Majed Faraj, one of the closest collaborators of the President of the Palestinian Authority, Mahmoud Abbas.

Signs of an outsourced operation

This information, based on organizations based in Gaza, indicates that the network deactivated by Turkish counterintelligence was subcontracted by Israel and was aimed at gathering information in order to prepare “operations to liquidate” Palestinian leaders who were refugees in Turkey. Palestinian intelligence has collaborated in the past with the Shin Bet, Israel’s internal security service, to combat the presence of Islamists in the West Bank, but until now there has been no indication of cooperation abroad through Mosad.

In 2020, Israel denounced that Turkey had granted citizenship to a dozen Hamas members, including some implicated in attacks. Israeli espionage places Salah al Aruri, a commander of Hamas’s military wing, at the head of the Palestinian Islamist organization on Turkish soil, to whom Israel blames responsibility for several attacks in the West Bank.

President Erdogan took advantage of the appointment of Labor member Isaac Herzog as the new head of the Jewish state last July to reestablish, through a telephone conversation, the direct contacts that had been broken under the terms of Prime Minister Benjamin Netanyahu (2009-2021). The formal termination of relations occurred in 2010, after the assault in international waters by Israeli naval commandos on a Turkish flotilla that was heading with humanitarian aid to Gaza, an operation in which 10 Turks lost their lives.

The diplomatic crisis was formally closed six years later with the payment of compensation to the families of the victims and the departure of Hamas leaders abroad for Lebanon. His return to Turkish territory is behind the plot of disappearances, espionage and arrests aired by the media – without the slightest hint of the secrecy that usually surrounds the Mossad or the MIT – on both shores of the eastern Mediterranean.