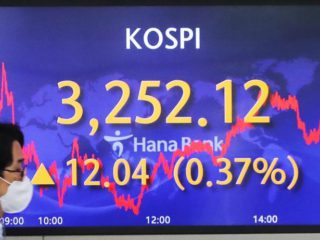 SEOUL, Jun 14 (EFE) .- The main index of the Seoul Stock Exchange, the Kospi, rose 0.09% this Monday after investors opted for moderation pending the monthly meeting of the central bank of States Unidos, which will take place this week.

The South Korean stock market fluctuated moderately throughout the day, as investors chose to ensure profits and not embark on risky operations, awaiting the meeting of the United States Federal Reserve (Fed), where they hope to see some clue about the becoming the largest economy in the world.

Despite the better performance of the technology sector thanks to a favorable export data for the country due to the strong demand for semiconductors, the reference company Samsung Electronics fell by 0.62% and the second largest semiconductor manufacturer in the country, SK hynix, it was down 0.78%.

South Korea’s top internet provider Naver was up 3.89% and pharmaceuticals Samsung Biologics was up 0.95%.

South Korea’s main automotive manufacturer, Hyundai Motor, was devalued by 0.21% on the same day in which it announced a temporary suspension of operations at its US plant due to shortages of chips, and the chemical firm LG Chem fell 2.71%.