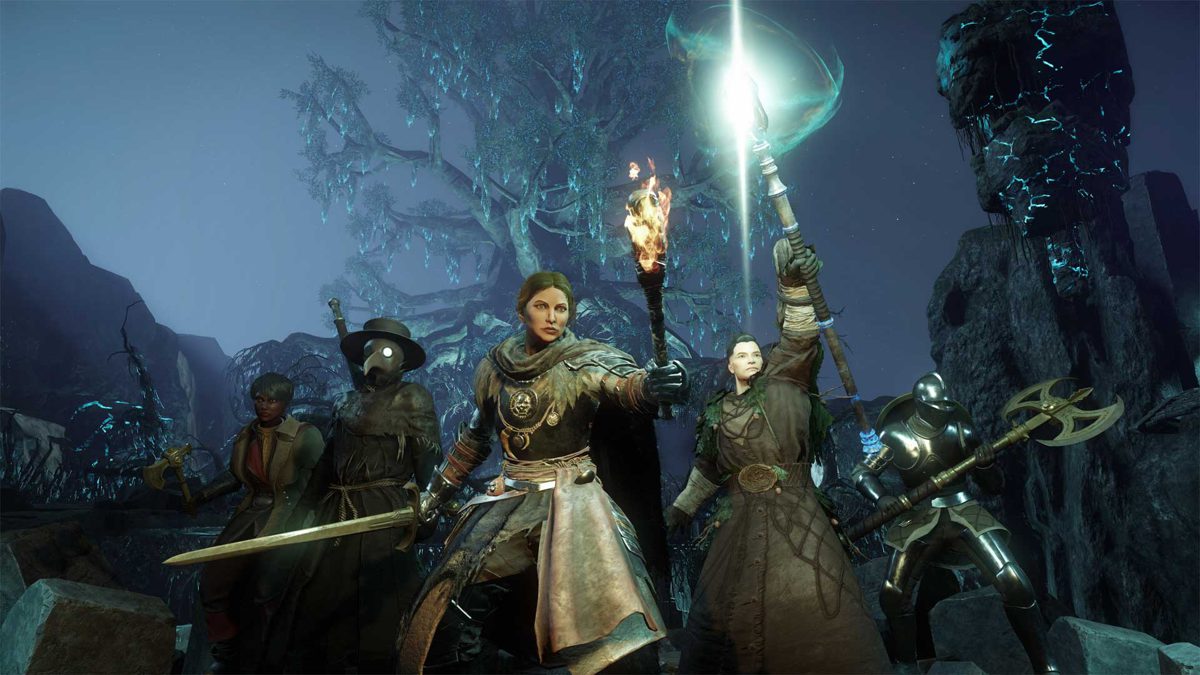 Amazon recently announced its decision to delay the transfer between servers of New World, his popular MMORPG for PC. Nevertheless, the new update 1.0.3, which is now available, lays the final foundation for this long-awaited feature.

In addition, it is a patch that includes a number of bug fixes. In any case, the company has also taken the opportunity to reveal its plan to implement the transfer in all regions. They have also wanted to show their thanks to all players, announcing that they will give away some items to the fans. For example, a gesture for the game. Keep reading and we will tell you all the details.

The information, which has been published on the game’s official page, confirm that Amazon will award all players the game title “The Stoic”. As they say themselves in the statement, “This title is meant to thank all those who, as the title description says, showed solid determination in the face of epic wait times. The title will automatically be awarded to your character, and you can equip it by navigating to the Character menu, by selecting the “Bio” tab and selecting “Change” in the title section of the screen. The Stoic title it may take up to a day to appear in the list of available titles. “.

Furthermore, they have also confirmed that as thanks they will add the gesture “Waiting” to the game store, although it will be completely free. According to the description, “To claim the emote, navigate to the in-game store and select the” Emotes “tab […] The gestures are linked to the account, so you only have to claim them once in your Steam account, even if you have two characters. “.

Regarding the issue of transfer between servers, Amazon says they have been testing the feature for the past few weeks. Although they claim that because it is very new, they want to give an incremental and safe approach. How? They basically comment that when all the worlds are back online from downtime, their plan is to monitor the structure they have created. without activating transfers immediately.

After, once they have confirmed that this structure is kept to scale, they will trigger character server transfers in the Utopia world first, in the AP Southeast region. From there, transfers in this world will be closely followed, and if something out of the ordinary happens, manual interventions will be made. If everything works fine, then they will activate it for the rest of the AP Southeast region. After 8 hours, and if there is no problem, they will be implemented completely transfers from character servers to the other regions.

Moreover, on the same page we can find a FAQ that solves doubts about how this process will work transfer, what limitations it will have, or how it will affect your character. Additionally, it has been confirmed that each player will receive a free character transfer token. Here we leave you with the most important answers to all those questions.

How can I transfer my character?

What do you transfer?

What is not transferred?

Where can I move the character?

You can move your character to any world in your region, except:

Will I be able to transfer again if I choose the wrong world, the world my friends chose is full, or just if I regret it?

Transfer again will require an additional token. Amazon will continue to monitor global stocks, lead times, and assess the need for delivery an additional wave of server transfer tokens for free. Once we are sure that players have had enough time to find the right server for them, they will later put server transfer tokens up for sale in the store. What’s more, notify us in advance when tokens change to a paid service.

Lastly, and regarding other changes to the patch, interface improvements have been added world selection user. Clearer messages have also been added in different contexts, among others many changes that you can see on the page. Exactly the same as with bugs arranged.