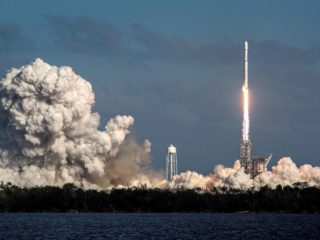 Miami, Sep 12 (EFE) .- The first space mission composed entirely of civilians, called Inspiration4, will take off from the Kennedy Space Center in Cape Canaveral (Florida) no earlier than 8:00 p.m. on September 15 (00:00 GMT on September 16) , 24 hours later than originally planned.

“This will give us extra time for final preparations, vehicle and data review,” Inspiration4 and Space X stressed in a statement released today.

An entrepreneur, an engineer, a medical assistant and an expert science educator will board SpaceX’s Dragon Resilience capsule in Cape Canaveral (Florida) on September 15, which will be launched into orbit by a Falcon 9 rocket from the same company.

The orbital trip, the first of a crew without astronauts and financed by the Israeli businessman Jared Isaacman, who will command the mission, will last three days and will end with the fall of the capsule into the Atlantic Ocean with the help of parachutes.

They will reach an altitude of almost 357 miles (575 kilometers) from Earth, higher than the suborbital voyages that millionaires Jeff Bezos and Richard Branson made this year aboard the ships of their respective private space companies.

Jared Isaacman, 38-year-old founder and CEO of Shift4 Payments and one of four crew members who will participate in the Inspiration4 mission, took over the other three passages.

The other crew members are Hayley Arceneaux, 29, a cancer survivor and an assistant physician at St. Jude Children’s Research Hospital, who will be the youngest person to fly into orbit space.

The Inspiration4 crew has received commercial astronaut training from SpaceX on the Falcon 9 launch vehicle and the Dragon spacecraft, orbital mechanics, microgravity operation, zero gravity and other tests.