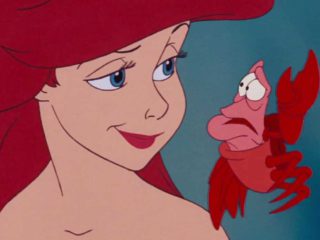 After so long and the scandal over the choice of Ariel, the first images of the live-action of The Little Mermaid were finally leaked.

The pandemic affected many filming and one of them was that of The Little Mermaid, the next Disney live-action that will be in charge of Rob Marshall. Finally, after such a long time, the filming of the animated remake began. In this way, the director and the team are already working tirelessly on the revision of the 1989 animated classic, which will feature its original songs but will also bet on some new ones.

Upon learning that the filming of the live-action of The Little Mermaid has already begun, the paparazzi have already begun to walk around the set in Italy. This is how the first images of Halle Bailey and Jonah Hauer-King as Ariel and Eric came to light. From what can be seen in the images, the actors are rehearsing the scene where Ariel rescues Eric on the shore of love. Young people are seen dressed in comfortable clothes and committed to the scene. As for Halle Bailey, the actress who caused so much scandal for being chosen for the film, is seen with her braided hair and a slight reddish tone. Although, it would be necessary to see better images to define the style that will be given to the new Ariel.

More than a year waiting for the filming

Filming for The Little Mermaid was scheduled to begin in London early last year, but the pandemic arrived to alter all of its plans. Until it was not possible to work more safely, the team remained at home respecting the confinement. Now that there are more protocols and measures for working outdoors, filming for the live-action has finally begun.

This new movie does not have a release date yet. What we do know is that Halle Bailey and Jonah Hauer-King will be joined by Melissa McCarthy as Ursula, Javier Bardem as Triton, Noma Dumezweni as Carlotta, a new character, and Jacob Tremblay, Daveed Diggs and Awkwafina as the voices of Flounder, Sebastián. and the Scuttle Seagull. Alan Menken, composer of the original songs with Howard Ashman, worked with Lin-Manuel Miranda on the new songs for the soundtrack.