The loneliness of Spanish politics | Opinion 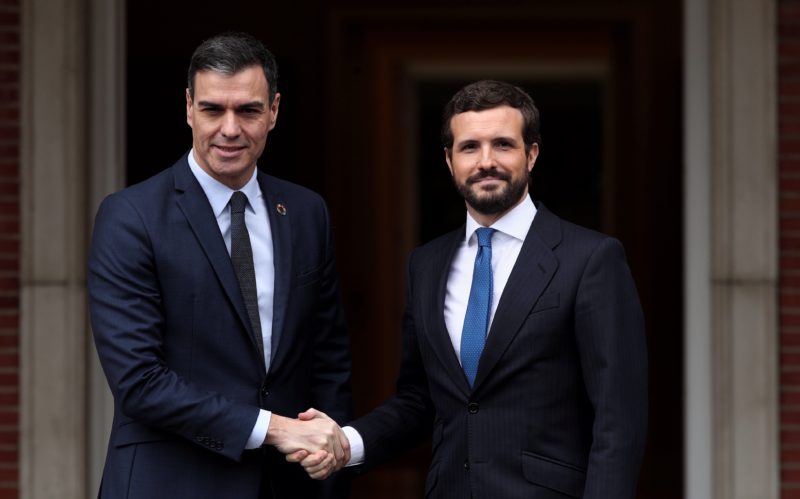 European politics is increasingly a coalition dance, and recent weeks have lit high-voltage dances. Comparing the movements of the dancers of each country, mapping the trenches that condition them, prompts several considerations. One of them is the really peculiar situation of Spanish politics, which suffers a channel opening in the center of the hemicycle without equal in comparable countries in the central and western part of the EU. Let’s see.

The main recent move is the agreement reached last week to form a tripartite coalition in Germany between Social Democrats, Greens and Liberals. This is a novel and interesting political experiment. Regardless of fanfare and partisan hopes, only time will allow us to judge its effectiveness, its ability to react to contemporary problems. But, from the outset, the pragmatism of the negotiation, the serene convergence of ideas, is admirable. In Germany, as is well known, the only relevant trench is the one that corners the extreme right, and in the rest of the spectrum there is a fluidity of political relations that is very useful for times like ours.

Also last week, in Romania, the Parliament approved after months of blockade a government coalition led by a conservative-liberal and a social-democratic formation. Another case, then, in which a fluidity of relationship is registered around the central axis of the hemicycle. In Portugal, the moderate Rui Rio has won the primaries of the main conservative party against a candidate with a tougher thesis. Rui Rio is a politician who refuses to collaborate with the local extreme right – Chega – and is open to a collaborative attitude with the socialists.

This week, after a bumpy road, the socialist Magdalena Andersson managed to establish herself as President of the Government in Sweden, succeeding her colleague Stefan Löfven. In the Swedish case, the mechanics have not been fluid, but it should be noted that if the Socialists are in power in this legislature it is because after the 2018 elections they forged a pact with the Center Party and the Liberal Party, who had attended the elections allied with two other conservative formations.

In Italy, meanwhile, the path of a broad Government of national unity chaired by Mario Draghi and supported by the entire chamber, except Brothers of Italy, continues. In France, the Government of Emmanuel Macron brings together figures of different sensibilities, from conservatives of different degrees such as Gérald Darmanin, Jean Castex and Bruno Le Maire to others from the socialist area such as Jean-Yves Le Drian or Florence Parly. Coalitions of different types are common in Benelux and Austria, so there is also no large moat in the center of the chamber.

Notable progress has also been made in Spain lately through complicated inter-party negotiations. Eleven formations in Congress approved the Budgets at the end of November, a not inconsiderable milestone of political convergence. However, as is well known, in Spain there is a brutal cut in the middle of the right-left axis that is almost insurmountable and affects not only ordinary political management, but also the functioning of the institutions. There have been very occasional episodes of convergence – Minimum Vital Income, with no vote against; Citizens’ support for the Euthanasia Law — and the country’s especially sensitive land use planning sometimes leave the left-right axis in the background. But it is evident that, apart from circumstantial exceptions, the blockade between parties of national implantation of the two areas is structural.

Dysfunctional political systems abound in Europe. The Netherlands has been trying to form a government for nine months, Belgium often takes even longer, Italy can hardly be considered a model of efficiency, and it goes a long way. But Spain stands out badly in the mapping of European trenches. Bibloquism is a model just as legitimate and potentially as effective as others, but its exasperated interpretation leads to irrational obstructionism, to the infertility of constant doing and undoing according to the cycles, to the weakening of institutions and State policies, to the corrosion of coexistence. A heavy burden, and frustrating, for avoidable.