Home
News
The López Obrador Government accepts the reinstatement of the ‘Stay in Mexico’ program, but imposes these conditions

The López Obrador Government accepts the reinstatement of the ‘Stay in Mexico’ program, but imposes these conditions 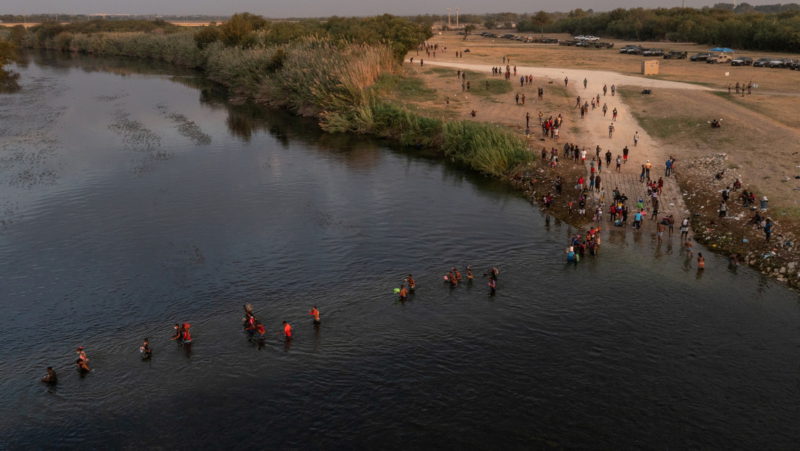 The Government of Andrés Manuel López Obrador reached an agreement with the Joe Biden Administration for the re-implementation of the Migrant Protection Protocols (MPP), through which the US will send applicants to Mexico of asylum so that they wait in the neighboring country for the resolution of their requests.

“The Government of Mexico has decided that, for humanitarian reasons and temporarily, certain migrants will not return to their countries of origin that they have an appointment to appear before an immigration judge in the United States to request asylum in that country “, reported this Thursday the Ministry of Foreign Relations (SRE) of the Latin American nation.

📄 Information on the re-implementation of section 235 (b) (2) (C) of the US Immigration and Nationality Act.https://t.co/pXqW99lV0ypic.twitter.com/TxB0Ox0vFR

For its part, the Department of Homeland Security (DHS) pointed that the re-implementation of the program will take place around Monday, December 6. Returns to Mexico will be made in seven ports of entry located in three states: San Diego and Calexico (California); Nogales (Arizona); and Step, Eagle Pass, Laredo and Brownsville (Texas).

As part of the commitments assumed with Mexico, the United States will guarantee that the procedures must conclude in a maximum term of six months since the return to the Latin American country of the asylum seekers. What’s more, Registered migrants will be vaccinated against covid-19; They will have communication with their legal representatives during interviews and hearings in US courts, as well as better information about the program.

The Department of Homeland Security reported that “particularly vulnerable individuals” will be excluded of MPP.

Meanwhile, the SRE stated that the United States government accepted the “humanitarian concerns” that Mexico expressed about the reactivation of this policy, including the following points to address:

On December 20, 2018, the Administration of US President Donald Trump (2017-2021) announced that it would implement the program known as Migrant Protection Protocols, which consisted of the return to Mexico of asylum seekers who were detained in some of the ports of entry on the border between the two nations.

In response, the Mexican government argued that, “for humanitarian reasons,” it would authorize the temporary entry of people who had been interviewed by US immigration authorities and who had a notice to appear before a judge.

Since Biden assumed the US Presidency, on January 20, 2020, his Administration has expressed its intention to end the ‘Stay in Mexico’ program. On June 1, the US Secretary of Homeland Security, Alejandro Mayorkas, announced the conclusion of this immigration policy, arguing that had not “adequately or sustainably improved border management”.

However, the states of Texas and Missouri filed lawsuits in federal courts for the suspension of the “Stay in Mexico” program. The Northern District Court of Texas ordered the reinstatement of this immigration policy and it was as a result of this injunction that the Department of Homeland Security announced the reactivation.

Some 68,000 migrants They were sent to Mexico to await the resolution of their asylum requests between January 25, 2019 and January 21, 2021, in accordance with information from the Department of Homeland Security.