The LP gas war in Mexico: how the ‘gaschicol’ mafias operate that besiege the population and put the government against the wall 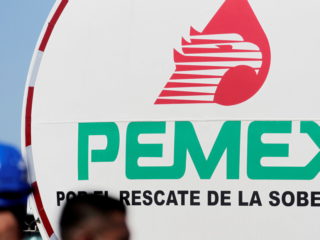 The Government of Mexico presented in early July a plan to create a new company which will be in charge of Petróleos Mexicanos (Pemex), Wellness Gas, with the objective of distributing liquefied petroleum gas (LP, which is obtained from refining and processing plants of natural gas, composed of butane and propane) at a “fair price”.

President Andrés Manuel López Obrador (AMLO) announced that the company will begin operations next October in Mexico City. Specialists consulted by MRT assure that the government measure responds to the non-compliance with the commitment of private companies to keep the price of fuel low and not increase it beyond inflation.

I agree with you data Most recent reports published by INEGI, the accumulated inflation of LP gas so far this year reached 20.5%. Only if June is compared to May, the increase was 2.91%, the second product with the greatest impact on the general price level.

The Government’s proposal is to sell 20 and 30 kilogram LP gas cylinders at low prices through a company managed by Pemex, which kept the price of hydrocarbon practically unchanged between 2018 and 2021, while in the private sector the price rose from 18.22 to 20.94 pesos (between 0.9 and 1.1 dollars) per kilogram.

With a view to achieving its goal, however, the AMLO Administration will irretrievably confront the ‘gas mafias’: criminal groups who are dedicated to selling LP gas stolen from Pemex pipelines and that, with ‘blood and fire’, they have managed to gain territorial control of the market, warn workers and businessmen in the sector.

Fuel theft has become a headache for the current government. In fact, when the López Obrador Administration began in December 2018, one of the first actions was to combat oil theft, a practice popularly known as ‘huachicol’.

Despite popular discontent over the shortage of gasoline in different parts of the country – due to the intermittent opening of the pipeline network – the Government did not back down and, in just a few months, the strategy managed to reduce the theft of ‘gold black ‘, as well as normalize the supply of gasoline. But nevertheless, delinquency and organized crime found a new refuge in the theft of LP gas.

The theft of hydrocarbons is an issue that worries other powers in the Union. At the end of last year, the Senate of the Republic made a called to the president to articulate a comprehensive strategy, with the participation of the three levels of Government, with the aim of putting a stop.

The theft of hydrocarbons is an issue that worries other powers in the Union. At the end of last year, the Senate of the Republic made a called to the president to articulate a comprehensive strategy, with the participation of the three levels of Government, with the aim of putting a stop.

The exhortation, presented by Senator Indira de Jesús Rosales – of the National Action Party (PAN) -, already warned of the danger that was sighted if the theft of this hydrocarbon could not be stopped: increased insecurity and violence, collapse of investments productive activities in the sector, as well as the loss of thousands of formal jobs.

According to data revealed by the blue and white legislator, during the government of Enrique Peña Nieto the so-called ‘gaschicol’, as the theft of LP gas is popularly known, increased exponentially. From 2012 to 2018 there was an increase of 800% in the intakes of the main Pemex pipeline. An unprecedented situation.

The clandestine seizures throughout the previous six-year term are estimated at at least 44,000, with millions in losses for the so-called “productive state company.” Under the López Obrador government, the theft of LP gas has not decreased. As for 2019, a loss of 13,000 million pesos (about 650 million dollars) is calculated.

And in 2020 the theft of LP gas reached a new record, with losses estimated at more than 30,000 million pesos (about 1,500 million dollars), an increase of 130% compared to 2019, according to information provided by the Mexican Association of Distributors of Liquefied Gas and Related Companies (Amexgas).

The entity with the highest number of robberies is Puebla where, by the way, the ruling party governs. During the first quarter of this year, in this state the crime of theft of LP gas increased 42% compared to the same period of the previous year.

According to a report published by the Institute for Municipal Management and Linkage (IGAVIM), in the first three months of this year there were 537 clandestine shots in the state, that is, 161 additional shots compared to 2020.

The ‘milking’ of pipelines is only one side of the coin of this crime. The other is the establishment of mafias far and wide of the country, that they sell the stolen LP gas a Pemex.

They managed to impose their law based on threats, extortion and violence. Today they dominate the sale of LP gas in a significant number of neighborhoods and municipalities, and they have against the wall the Government of the so-called ‘Fourth Transformation’.

Fuel distribution is prey to the wave of insecurity and violence. Criminal groups have consolidated territorially and require the payment of a “fee” to companies that sell LP gas.

If this ‘fee’ is not paid, similar to the ‘floor fee’ demanded by the drug cartels, the owners and employees of the companies run the risk of being victims of extortion, kidnapping, robbery and, in the worst of cases cases, murders. It is the pipe drivers who mainly bear the worst consequences.

Amexgas has already identified several of these mafias, among which the following stand out: Unión Iztapalapa, Unified Movement of Gasmen of the Eastern Zone, Union of Gasmen of Tecámac, Portatileros of LP Gas and Transportation in General, the ACME and the Freedom Union. The complaints filed against these illegal distribution groups have been increasing.

“I would not call it a ‘union’, it cannot be that a ‘quota’ is required at gunpoint, a certain amount is required and just as in this case as in any other it will not be allowed”, commented Last December, the Head of Government of Mexico City, Claudia Sheinbaum, on the complaints against the Sindicato Libertad, one of the most prevalent ‘gas mafias’ in the Valley of Mexico.

Rosío Vargas Suárez, independent director of the Board of Directors of the Federal Electricity Commission

The Gas Bienestar project has great challenges because the Mexican territory is divided between the large groups of gas carriers and even in some regions there is the influence of organized crime.

So far, however, there is no concrete strategy to dismantle these mafias. The only thing that the federal government announced during the presentation of the new distribution company, Gas Bienestar, was the participation of the National Guard, which will be in charge of guarding the trucks that transport the hydrocarbon.

“The Gas Bienestar project has great challenges because the Mexican territory is divided between the large groups of gas companies and even in some regions there is influence of organized crime,” Rosío Vargas Suárez, independent counselor of the Federal Commission’s Board of Directors, tells MRT Of electricity.

Taking into account that Gas Bienestar will begin operations next October in the capital of the country, the ‘gas mafias’ could continue to operate at ease in the rest of the entities of the Republic, say workers and businessmen of the sector.

They explain that, although these mafias do not exert “great influence” on the price of hydrocarbons, which ultimately depends on the levels of supply and demand, as well as external factors (international market), in many cases they offer a lower price than those of companies that are legally established. They increase or decrease the price according to their convenience, assures Vargas Suárez.

“[Gas Bienestar] It is a relevant project because it tries to put order in an area in which the dominant groups in the sector have imposed their law, have divided the regions and have established their prices that they manage at their convenience without caring about the difficulties that families are going through most disadvantaged “, indicates the counselor.

And it is that, although the Government of Mexico anticipated that with the implementation of social programs it would be possible to dismantle delinquency and organized crime, discouraging “antisocial behaviors”, the reality is that currently thousands of families depend economically on this parallel ‘industry’.

As the launch day of the new company approaches, concern grows among operators. They fear that, as soon as the government begins to participate in the distribution, the ‘gas mafias’ will unleash a wave of violence in order to maintain territorial control of the market. It is a time bomb.