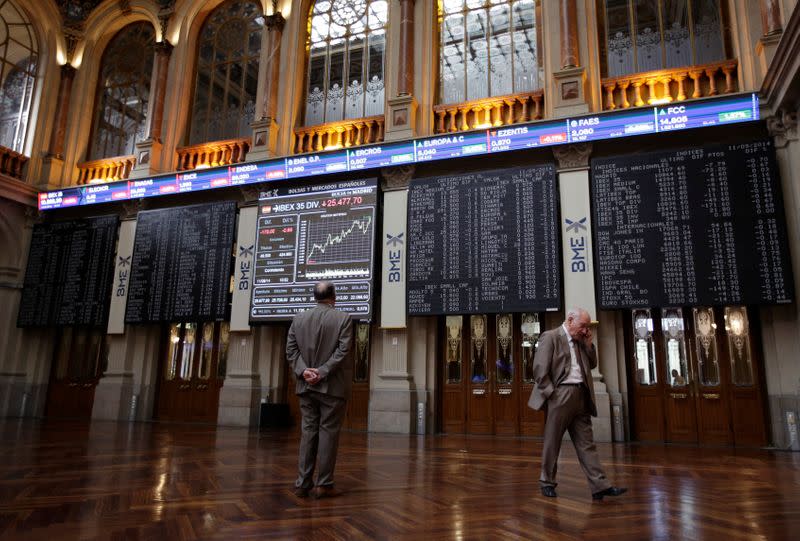 Nov 23 (Reuters) – The main Spanish stock market index closed slightly lower on Tuesday as investors digest the re-election of Jerome Powell as Federal Reserve chairman and concerns persist over the new wave of COVID-19 in Europe and international tensions in the east of the continent.

The president of the United States renewed Powell for a second term at the head of the Fed, which reinforced the markets’ bets for an early relaxation of his stimulus and for anticipated rate hikes as early as 2022.

On the pandemic front, news that Germany is considering imposing more restrictions to curb the boom in coronavirus infections fueled fears of a reversal in economic recovery.

To this was added the fear of an escalation of war due to the migratory conflict between Belarus and Russia with the European Union, accentuated by the Russian military maneuvers near Ukraine, which have led the United States to indicate its willingness to send soldiers to support this country in the event of an invasion from Russia.

However, some observers noted that these negative factors offered bargain prices for some stocks.

“More likely, these situations represent entry opportunities at better prices. At least while geostrategy (Russia) does not rush,” Bankinter analysts said in their daily report.

The indicators prepared with the PMI business surveys pushed up equities, which in Europe exceeded expectations and in the United States showed a moderation of growth without surprises.

Telefónica, which shot up the day before after KKR’s offer for Telecom Italia triggered the shares of the European telecommunications sector, fell 4.37%, after the Spanish government extended shielding of strategic companies against purchases by investors foreign.