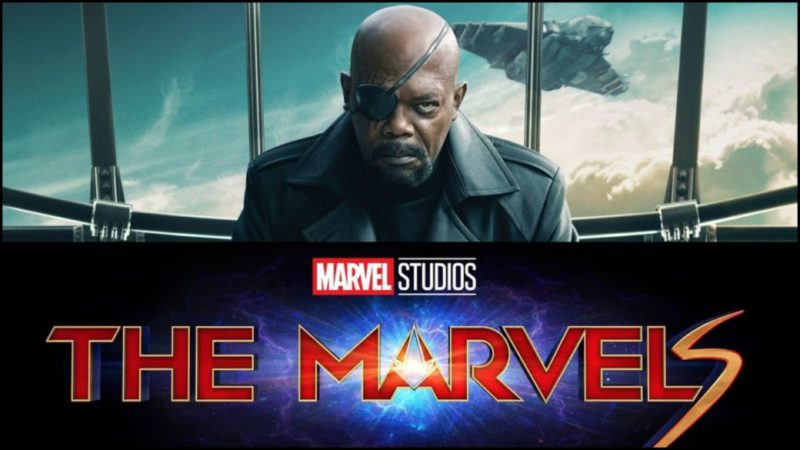 Samuel L. Jackson will continue as Nick Fury in the Marvel Cinematic Universe and will be part of the cast of actors of The Marvels (Captain Marvel 2). The film, which is part of Phase 4 of Marvel Studios, is planned for the next month of November 2022. The actor himself has been in charge of confirming the information in the most curious way possible.

The Marvels will hit theaters on November 11, 2022; filming has started

The personal account of Instagram Jackson has been the channel of communication chosen to record that he will continue there, no contract has been broken. With a play on words “The Nick of Time” (in the nick of time means “just in time”) and a photo of his makeup in the role of Nick Fury, the 72-year-old Washington-born actor reaffirms his status as a must-have in this Marvel Studios movie universe. To make matters worse, in another photograph he wears a shirt with the communicator that his character uses to establish contact with Carol Danvers, Captain Marvel played by Brie Larson; which of course will also be present at The Marvels. The hashtag #TheMarvels dispels any hint of doubt.

This second part, which as Larson herself has confirmed has already begun filming, will not only have Captain Marvel as the protagonist, but also Ms. Marvel, Kamala Khan, the young woman we recently saw in the video game Marvel’s Avengers and who is today one of the icons of the new young superheroes of the comic book universe of the house of ideas; a popularity that he shares with other icons such as Miles Morales (Spider-Man).

We won’t have to wait too long to see Kamala Khan on screen, though. The series dedicated to Ms. Marvel will be the first contact with the figure of this interesting character played by Iman Vellani —You can see the first images with his suit on the set here. If all goes well, the Ms. Marvel series will hit the Disney + platform sometime in late 2021.

For its part, the premiere of The Marvels is planned for next November 11, 2022. At the end of the year we will have three films to give color and shape to an increasingly interesting Phase 4. In order of publication: Shang-Chi and the Legend of the Ten Rings on September 3; Eternals on November 5 and Spider-Man: No Way Home on December 17. All in the cinema.