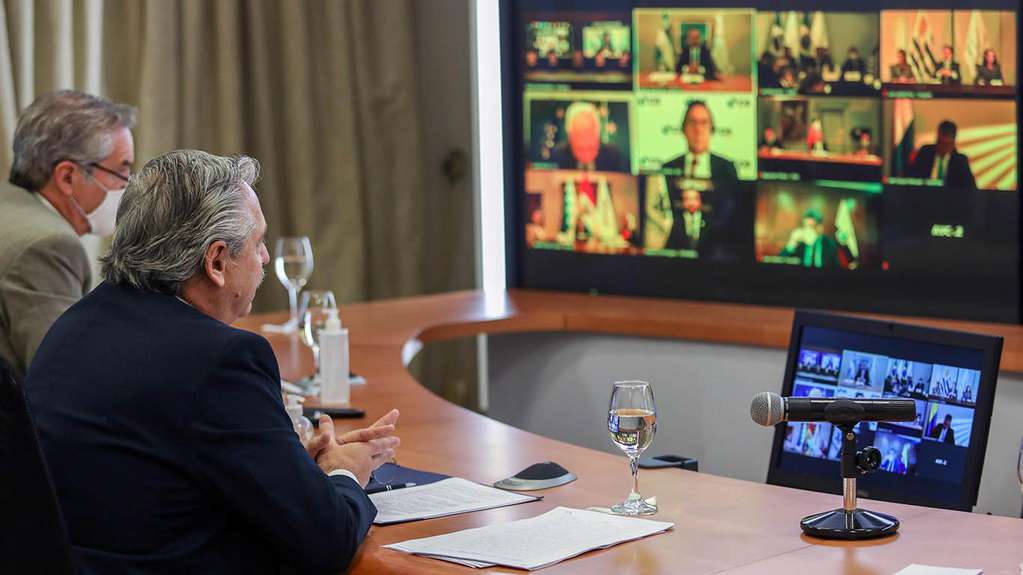 The Mercosur that was no longer exists

The president of Uruguay calls for autonomy for his country, Brazil has long wanted more economic openness, Paraguay does not explicitly take sides and Argentina defends the traditional model that has turned thirty years old. Well, it happens that Mercosur has been the great market for Argentina and it is advisable not to hurt him too much. Although it requires a remodel.

A delicate task of modernization without suppression is pending. It is that something that is hurt now is critical for Argentina: the link with Brazil, which is the great Argentine partner. For Argentina, it is the largest export destination, although for Brazil our country is the fourth in the world.

For Argentina, there is a lot at stake: the regional (geopolitical) alliance, belonging to a market that if it works well and is consolidated justifies investments looking at the entire block and also the market reserve that for Argentine exports there is in the rest of the agreement and especially in Brazil (Brazil is the fourth largest foreign investor country in our country and is also the cause of investments by multinationals that have previously settled in Argentina considering the value of access to that destination). The discussion about the future of Mercosur is a requirement.

The Mercosur that was no longer exists

It is that the old model no longer produces the results of yesteryear. And apparently the trend of most of the partners is towards reform, relying on the results that require changes.

Mercosur is a group that has been built to encourage trade among its members, but no major incentives for cross-border trade to develop with the rest of the world. Here is a current problem. We could call it, like this, as a closed block. The agreement has become a block with little economic relation outside itself. That is why Brazil and Uruguay demand that progress be made in something that has not been achieved until today; agreements from the bloc with third markets that allow expanding access for exports of companies from our countries to foreign customers in better condition.

The old model of Mercosur no longer produces the results of yesteryear.

Today, the bloc has ongoing negotiations with India, Canada, Lebanon, Singapore or South Korea; and the process is pending finalization in accordance with the European Union and with EFTA (In addition to defining the relationship between Mercosur and the rest of Latin America). But not much has been achieved yet in these conversations and differences appear between Argentina (apparently less interested in it) and Uruguay and Brazil who want more internationality.

There is a new stage in globalization. When the pandemic generated by COVID-19 broke out in early 2020, many assumed – and publicly expressed their opinion in this regard – that the world would face a process of reversal of globalization and neo-nationalism. Well, these days, averaging already 2021, the evidence we have is that the world went in the last year in the opposite direction: the architecture of economic internationality is strengtheningNot a few milestones in this matter have occurred in the past year and the reciprocal economic opening processes between countries have expanded.

The latest event in this regard is the very recent free trade agreement between the European Union and the United Kingdom, which has made Brexit an adaptation to the new time (and not a break) and that it has allowed both parties to accommodate differences in models. Shortly before (last November) the gigantic RCEP had been signed in Asia, a free trade agreement between 15 countries that together make up 30% of world product and that generate 28% of the planet’s international trade (it is the largest agreement free trade in the world to date, which includes China, Japan, South Korea, Australia, New Zealand and the countries that currently make up ASEAN).

// The 10 benefits of participating in global international trade

The world consolidates internationality. It is to be expected that in our region let’s not back down on it. Even more: that we move towards more external integration. Argentina requires that greater international integration because it generates investment, production, employment, foreign exchange, productive quality and systemic improvements.

A renewed Mercosur must be a tool in this regard.