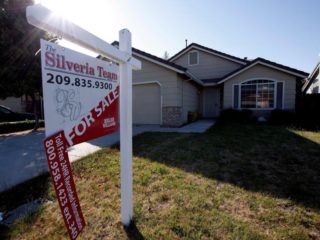 Washington, Jul 31 (EFE) .- This Saturday the moratorium against evictions in the United States, decreed in the midst of the covid-19 pandemic, expired and that during the past eleven months has prevented the eviction of tenants who do not pay rent.

Thus, now the owners of apartments and houses for rent can start the procedures to evict those who are not paying, unless the city or state in which their property is located has its own regulations that continue to prevent it, something that does not happen at all the country.

The moratorium was issued in September last year by the Centers for Disease Control and Prevention (CDC), which prohibited evictions on the grounds that they represented a health risk in the midst of a pandemic.

At the end of June – the date on which the moratorium expired – the CDC managed to extend it until July 31, but White House spokeswoman Jen Psaki warned that this option “is no longer available” due to a decision by the last month from the US Supreme Court.

In that ruling, the highest US court indicated that “a clear and specific authorization from Congress (through new legislation) would be necessary” to renew it again, the spokeswoman explained.

The Supreme Court ruled after a federal judge declared the national moratorium on evictions invalid in May, considering that the CDC exceeded its powers when they imposed that relief.

Biden said state and local governments began receiving emergency rental aid funds in February and were eligible for another $ 21.5 billion as part of his Administration’s proposed $ 1.9 trillion rescue plan and that the Congress approved last March.

The Washington Post newspaper noted on Friday that only nine states and the District of Columbia, where Washington is located, have approved some type of emergency protection for tenants.

The publication added that the $ 46.5 billion fund set aside in renter assistance has been “painfully slow to get off the ground” and that some states and counties have not been able to spend “even a dollar” of those resources.