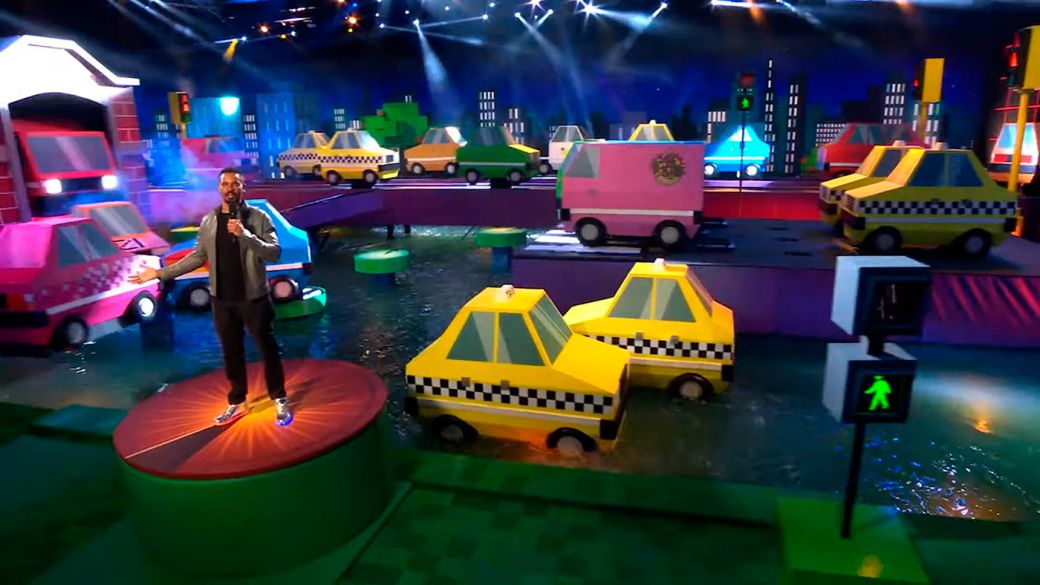 The mythical Frogger returns as a television contest in the style of Yellow Humor: first trailer

If there is an icon from the world of videogames that evokes us to the golden age of arcade rooms, it is Frogger, the mythical game of Konami in which an intrepid frog had to cross a road in which the intense vehicle traffic was the challenge to be overcome by thousands and thousands of players who left their weekly pay in coins. Now, and after 40 years since its debut and after countless conversions on all kinds of platforms (the last installment appeared in Apple Arcade a couple of years ago with Frogger in Toy Town), arrives a version of the game that nobody expected: a television contest in the purest style of Takeshi’s Castle or Yellow Humor, as it was popularly known in Spain.

So the next September 9 will be released in streaming through Peacock Originals this new television version of Frogger, in this case under the original title. And it is that the tribute and respect to the 1981 video game and the franchise itself is total with all kinds of elements that are reminiscent of Konami’s work, including the logo itself.

The show will be hosted by the American actor Damon Wayans Jr. (Happy Endings, Big Hero 6, Cherry) and will guide some contestants who must overcome all kinds of obstacles and platforms as if they were inside the classic video game Frogger. There will be no shortage of more hilarious falls and the funniest bangs with big pools in between, something that always works in this kind of television show.

The main presenter will be accompanied by Kyle Brandtfrom the NFL’s Good Morning Football television show, with its usual jokes and comments. Videogames transcend their own medium with all kinds of adaptations, including movies, series and more; so much so, that the film based on another great classic like Tetris keep going.