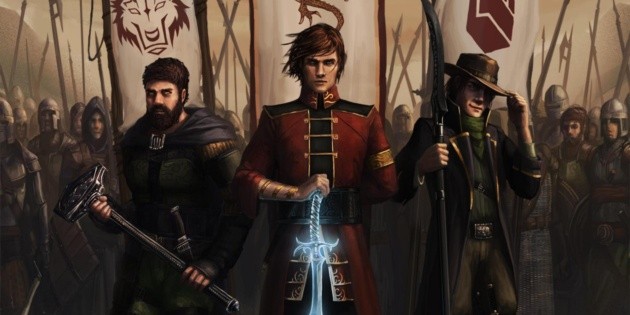 The streaming service Amazon Prime Video is preparing to launch one of its most ambitious projects in the history of the platform, which has a unique expectation and according to what we are learning it will be something that will not disappoint. Is about The Wheel of Time, based on the famous fantasy saga by Robert Jordan. Will it be able to surpass Game of Thrones?

As we know, the adaptation of George RR Martin’s books by HBO it was one of the most shocking series in television history, and while its end was not what everyone expected, no one can deny that the eight seasons were lived in an epic way. That is why this new production will have to double the bet if it wants to position itself as a worthy successor.

What is The Wheel of Time about? The story follows Moiraine, a member of the Aes Sedai, a prodigious organization of magic users made up exclusively of women. She takes a group of five young men on a journey around the world, believing that one of the five could be the reincarnation of the Dragon, a powerful individual prophesied to save the world or destroy it.

This literary saga has millions of fans around the world, so comparisons with Game of Thrones They have not been lacking, although a big difference in favor is that here we have all the material ready to be adapted. We met the latest news at Comic-Con @ Home 2021, where Rafe Judkins, showrunner and executive producer, led the panel and confirmed that the first season will hit Amazon Prime Video in November 2021, in addition to presenting the first official poster.


It is still missing for its premiere, but the streaming is confident that it will be a success, as it was confirmed that it will have a second season. In fact, the cast is already in the middle of filming the next episodes. It is also clear that Amazon is in the sights of surpassing Netflix with this tank that will be added to the Lord of the Rings series, another hundreds of millions of dollars blockbuster that will be available in 2022.