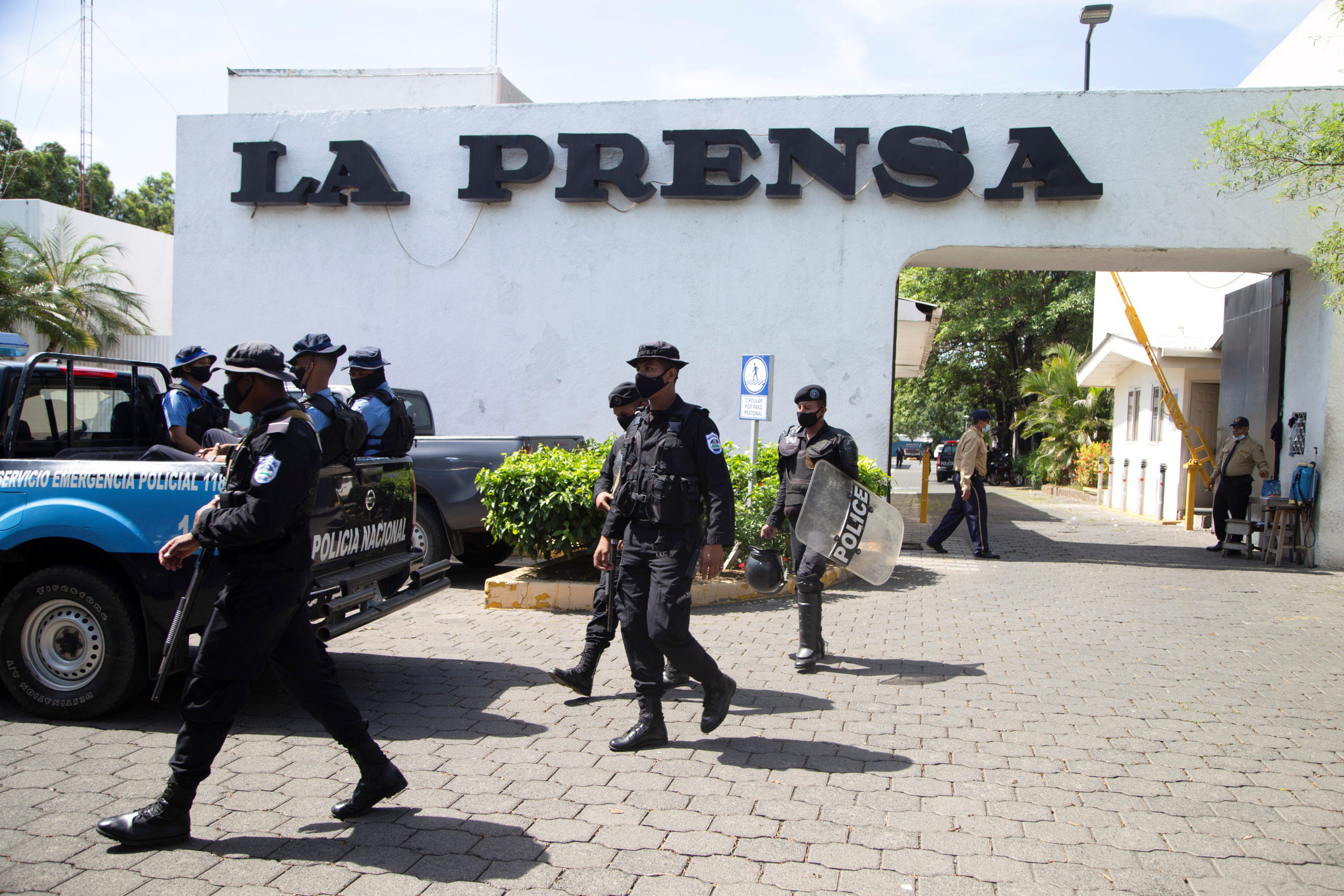 Drowned by the persecution of the Daniel Ortega regime, the newspaper The Press, the largest and longest-lived in Nicaragua, announced on Wednesday the dismissal of almost half of its workers, personnel linked to the writing, finance, circulation, marketing, warehouses and printing. Although the newspaper has not made public the number of dismissals, sources close to the media have affirmed that there are 116 collaborators -11 of them journalists-, who were notified through an internal communication. The layoffs come 33 days after the Nicaraguan police took over the writing, detained its general manager, Juan Lorenzo Holmann, and authorities frozen the newspaper’s bank accounts. “This situation forced us to make the painful decision to reduce our staff to operate only with enough numbers to continue being informed from our website and guarantee the survival of the company in the midst of a hostile environment that the dictatorship has imposed on us,” he said. affirmed the board of directors of The Princea in a statement posted on its website.

The police broke into the newspaper’s premises on August 13. Officials took over the newsroom and the administrative area of ​​the newspaper on the same day that its printed edition was suspended due to lack of paper, due to a new customs embargo imposed by the Government. The Police justified the taking of the newsroom stating in a statement that an investigation was opened against the Editorial Group The Press and its directors for the alleged crimes of “customs fraud, money laundering, goods and assets.” Since then the newspaper only publishes on the internet. It is the most recent coup by the regime against the independent press of Nicaragua, after the second raid on the editorial staff of the magazine Confidential and the arrest warrant for its director, journalist Carlos Fernando Chamorro, exiled in Costa Rica.

The Press It was founded in 1926 and has been the protagonist of the main events that have marked the recent history of a country as troubled as Nicaragua. The Somoza dictatorship – which ruled the Caribbean nation for more than four decades – ordered in 1978 the assassination of its director, the journalist Pedro Joaquín Chamorro, the most critical voice against the regime. He also closed the newspaper on several occasions and launched the artillery and aviation of the National Guard against its headquarters in June 1979, a few weeks before the dynasty was overthrown by the guerrillas of the Sandinista Front. The revolutionary government of the eighties also besieged the newspaper, which suffered censorship and the withholding of supplies, and whose journalists were the target of repression. A story that has been repeated since 2007, when Ortega returned to power and imposed harassment on the media and journalists as a state policy.

In the statement made public on Wednesday, the newspaper’s board of directors, after demanding the return of the facilities, challenged the Ortega regime, stating that despite the official persecution, the newspaper will continue to report: “42 years ago we titled ‘The buried will be them ‘, when Somocismo tried to put an end to La Prensa by assassinating our martyr director. Today, this other ruthless dictatorship once again tries to destroy us, but as it happened with the Somoza dictatorship more than 40 years ago, The Princea will prevail to narrate the fall of Ortega ”.