The Nikkei gains 0.73% and closes at its highest in 31 years 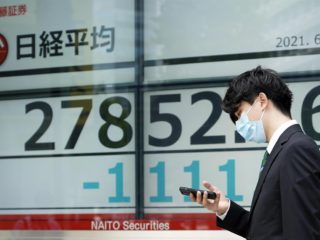 Tokyo, Sep 14 (EFE) .- The Tokyo Stock Exchange today registered an advance of 0.73% in its main indicator, the Nikkei, and closed at its highest level in 31 years encouraged by the positive evolution of the pandemic in Japan and due to the expectations of new economic stimuli.

The Tokyo stock market opened higher and closed positive for the fourth consecutive day, maintaining the trend that began last day 3, when Japanese Prime Minister Yoshihide Suga announced that he would not run for re-election as leader of the ruling party.

That decision means that Suga will be replaced in the short term as head of the Japanese Executive by whoever wins the primaries of his party on the 29th, a political leader who will also be a candidate to form a new Government for the general elections that must be held before the end of November.

This change in leadership has raised expectations about new economic stimuli, as the main candidates to succeed Suga have opted to mobilize additional aid packages to overcome the impact of the pandemic.

Another positive factor has been the decreasing trend of coronavirus infections in Japan and the prospects that restrictions will begin to be lifted in the coming months as the vaccination process also progresses.

Among the stocks with the highest capitalization, the Japanese automotive leader, Toyota Motor, advanced 1.54%, while the technology giant Softbank lost 0.49%.

The maritime transport company Nippon Yusen (NYK Line) led one of the most notable increases, of 1.32%, together with the manufacturers of components for semiconductors Lasertec (0.82%) and Keyence (0.63%) and the technology and audiovisual corporation Sony (0.98%).