The Nikkei rises 0.22% thanks to expectations of renewal of stimuli 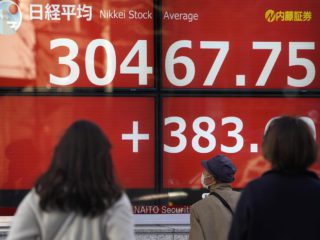 Tokyo, Sep 13 (EFE) .- The main index of the Tokyo Stock Exchange, the Nikkei, rose 0.22% on Monday after hopes of stimulus under new political leadership were the counterweight in a day in which the fall of the automotive sector weighed.

The Tokyo stock market opened volatile and fell during the first half after moving around last Friday’s close, the best since mid-February, triggering a profit-taking.

Among the factors that weighed the most in today’s negotiation, in the face of other additional stimuli, was the fall of the vehicle manufacturer Toyota after announcing last week, when the market had already closed, a new cut in global production for 2021 due to persistence of covid-19 and the shortage of chips.

The Nikkei rallied in the last half hour of the session after investors clung to expectations of additional economic stimulus with a change of leadership in Japan’s ruling party, and therefore government, as one of the candidates spoke. at a press conference on economic renewal.

The iron and steel sector reaped the main gains for the day, followed by crude oil and coal, and banking.

The Softbank group brought together the highest volume of operations and its shares devalued 1.43%.