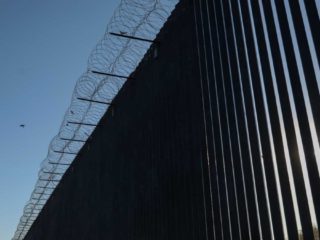 The number of immigrants arriving at the southern US border, the gateway to the country for those who want to arrive from Mexico, has broken a record this May, according to the latest report from the US Customs and Border Protection Office.

The US authorities have indicated that 180,034 migrants arrived at the border, which is the highest level in two decades, according to the US newspaper ‘The New York Post’.

The report also specified that “most of the immigrants who try to cross the southwest border are still single adults,” of which 112,302 were expelled in May.

For months now, the United States has watched with concern these figures, which have reached maximum levels and that the Government of Joe Biden has blamed a seasonal trend.

Likewise, the vice president, Kamala Harris, has addressed the issue of the migration crisis with his recent trip to Mexico and Guatemala, which he has described as “successful” due to the progress made to promote progress in the region and act against migration.