The OECD portrays Sánchez: Spain continues in May as the country with the most economic impact from the covid 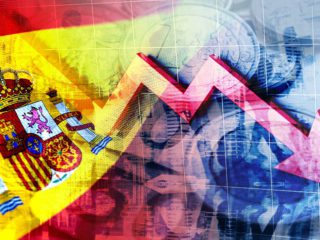 According to the data from this OECD index, accepted as a thermometer of economic activity, Spain stood at 97.72 points, something better than the 97.38 of April. However, it is still far not only from the OECD average, which is already at 100.53 points, but also from the mark registered by Spain in February 2020. Just before the pandemic, Spain scored 99.65 points, versus 99.08 OECD average points. The OECD is better than before the pandemic, Spain even worse.

But, in addition, it is that Spain is the large OECD country that is farthest from the activity index set in February 2020, still in May 2021. Despite the fact that five months of the year have already passed, Spain is still almost two points below the pre-pandemic level, worse than Portugal, Italy, France or Greece.

Apart from the OECD data released this Wednesday, the Bank of Spain has also published its quarterly report on the prospects for Spanish entrepreneurs, which reflects that one in two does not expect their income to improve in the third quarter of the year.

And a third piece of information from this Wednesday. As published by the Tax Agency, in April the sales of large companies fell 4.1% over March. I mean, sales have gotten worse. Although it is true that Easter was celebrated in April, it is also true that the vaccination rate increases each month and the restrictions on mobility less.

This battery of macroeconomic data is produced while the Government continues to ‘sell’ a vigorous recovery for this year, something that international organizations agree on because Spain was the country where GDP fell the most in 2020 – the rebound effect of the economy. Even so, everything depends on European funds arriving as soon as possible, on direct aid to companies not being delayed, and on supporting SMEs and the self-employed not being drastically withdrawn, as the Bank of Spain has repeatedly warned .