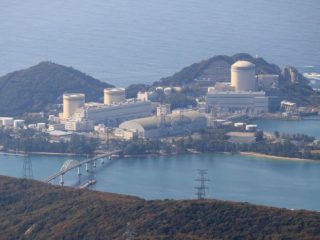 The Japanese Mihama nuclear power plant has returned to commercial operation. After the disaster at the Fukushima Daiichi nuclear power plant ten years ago, the pressurized water reactor was taken off the grid. Operator Kepco assures that since then security has been improved based on the findings of the earthquake, tsunami and the triple meltdown of Fukushima.

After the Fukushima meltdown on March 11, 2011, Japan had taken all nuclear power plants off the grid. Unit 3 in Mihama has a gross output of around 830 MW and has been in commercial operation since 1976. According to Kepco, it is the first nuclear power plant in Japan that is older than 40 years and is now back on the grid after the moratorium. A group of nine people sued the Osaka District Court against the restart, reports the Japanese news agency Kyodo

In 2016, the Japanese nuclear supervisory authority approved an extension of the operating time beyond 40 years by 20 years, and the governor of Fukui Prefecture Tatsuji Sugimoto, where the reactor is located, recently approved the re-commissioning. Blocks 1 and 2 of the Takahama nuclear power plant in the prefecture, which had been in commercial operation since 1974 and 1975, were also supposed to go back online, but the operator was not able to demonstrate the regulatory protection against terrorist attacks by June 9 of this year, as required.

Blocks 1 and 2 in Mihama remain switched off. In August 2004, a carbon steel pipe of the secondary creek burst in Block 2. The escaping hot, high-pressure water killed five workerswho were doing maintenance nearby, six others were injured.