The Olympic Games will have an audience and there will be up to 10,000 people per venue: what will be the requirements 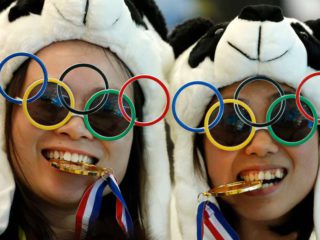 The organization of Olympic Games Tokyo 2020 announced today that competitions will have a limit of up to 10,000 people per venue, although the right to dispute them without the public will be reserved in case the health situation worsens due to the coronavirus pandemic.

// Tokyo 2020 will distribute condoms to athletes, but ask them not to use them during the Olympics

A little over a month after its start, scheduled for July 23, it was established that the amount of public present at each activity do not exceed 50 percent of the enclosure capacity in which it takes place and in no case may it exceed the limit of 10,000 fans.

The organizers clarified that so many volunteers and people linked to the organization of each discipline will not be considered within the authorized number in every place.

The authorities pledged to meet again immediately to review measures in the event that “there is a rapid change in the status of the infection and in the capacity of the health care system,” an official statement from Tokyo 2020 reported.

The authorization for local spectators came after both Tokyo and other prefectures (provinces) of the country they will lift the state of emergency That even questioned the organization of the Games, which were postponed for a year at the start of the pandemic in 2020.

In March this year, the Government of Japan had decided to prohibit the entry of foreign fans for health security, an unprecedented event in Olympic history.

According to official statistics, the Japanese country accumulates 785,287 positive cases of Covid-19 and 14,423 deaths, which places it as the 343rd. country in the world most committed in terms of health. The vaccination campaign is progressing slowly, since only 7.2% of the population is fully immunized and 10.5 is partially immunized.

To ensure safe and secure environments, the public attending each Olympic competition must wear masks at all times, will be prohibited from shouting or speaking loudly and must leave the stadiums in a staggered manner.

It will be recommended that fans who travel directly from their homes to the Olympic venues and vice versa with all precautions to avoid possible transmission of the virus.

The Paralympic Games, scheduled for August 24 to September 5, will have a similar health security policy which will be announced before July 16 next.

32 days before the start of Tokyo 2020, which will run until August 8, the popular approval for the Olympics dispute. it increased from 14 to 34 percent in the last month, according to a survey published by the Asahi newspaper.