The Outlander actor who confirmed his departure from season 6 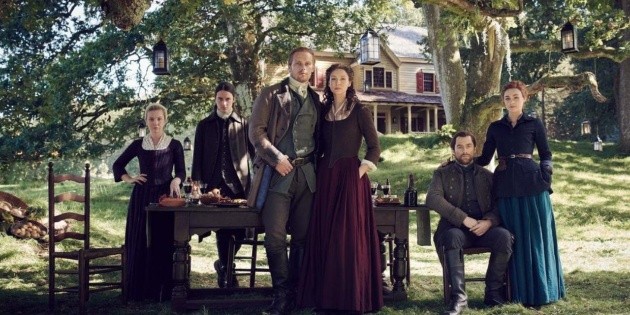 The production of the sixth season of Outlander broke all possible records. After a long year of blockages due to the coronavirus, it was only at the beginning of this 2021 when the entire cast, through a strategy promoted by Mathew B. Roberts (director of the drama), was able to meet again on the set to carry out the new episodes, which ended their filming just a month ago after four of work.

However, as the fifth season of Outlander It was already broadcast globally through Netflix, fans are already waiting for what is to come. But, it will be only next year, in 2022, when Starz Play and the streaming giant itself add the new chapters to their catalogs, news that was confirmed by the same production of the series, who also affirmed that there will only be six episodes available .

However, there is something that they did not say, but that one of the actors did decide to confirm. It’s about Tim Downie, who played Governor Tryon, a character who managed to earn the hatred of many fans for causing all kinds of problems for Jamie Fraser (Sam Heughan). Although, of course, the worst moment was when he forced him to wear a red coat in a battle against his godfather, Murtagh Fitzgibbons (Duncan Lacroix).

According to what transpired, the plot of the sixth season is focused on the independence of the United States, so it was not strange to see it again. However, the actor told the Express site: “I have become governor of New York, so at the moment he will not return this season. But I want to say that we do not rule out his return at all”, Thus announcing his disappearance from at least the sixth season.

Although, it should be noted that the character that Jamie Fraser’s nemesis played is based on real life so there is still a lot of story about him to tell. “His home is still in North Carolina, there was a town named after him and he actually tried to kidnap George Washington so that may come up“Said the actor opening the doors, perhaps to a spin off of the Governor.