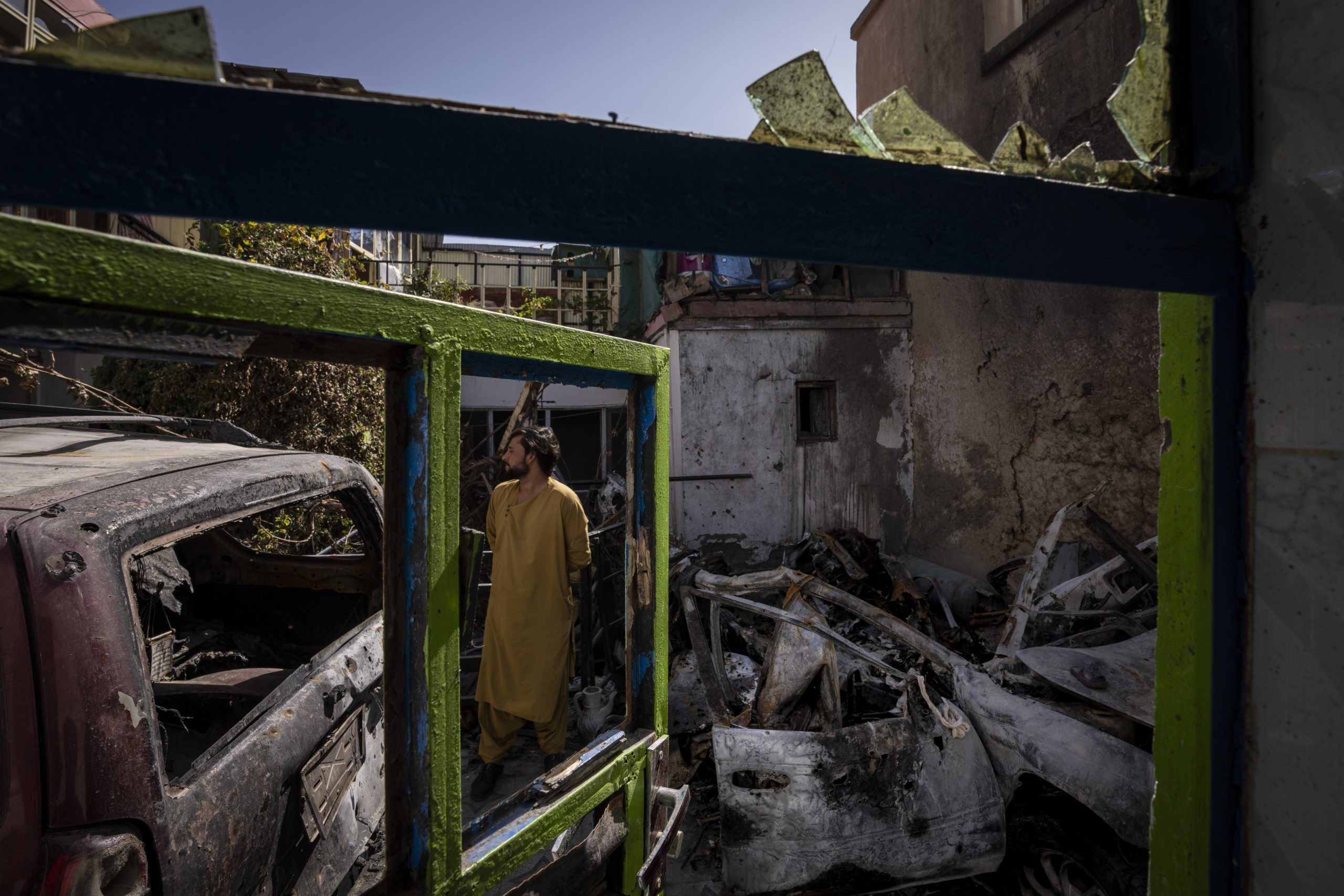 When President Joe Biden began to overcome the crisis caused by the chaotic withdrawal from Afghanistan, the Pentagon admitted on Friday the “tragic mistake” of a drone attack that killed ten civilians in Kabul, on the final stretch of the colossal airlift that took thousands of people out of the Central Asian country. Washington acknowledges that it misinterpreted information about a civilian vehicle that it took as an “imminent threat” from the Islamic State-K (ISIS-K), the terrorist group that three days earlier had attacked the Kabul airport, killing 200 people, including 13 American soldiers. Defense Secretary Lloyd Austin has acknowledged the dramatic mistake. “We apologize and will endeavor to learn from this horrible mistake,” he said.

In retaliation for the bloody attack, and fearing new “credible and imminent” threats, as the White House and the Pentagon repeated for days, a drone bombed a van in the courtyard of a family home in a nearby neighborhood to the airport. Ten people died, including seven minors, as well as the alleged suspect, Zemari Ahmadi, a father of a family who collaborated with an American NGO in the distribution of food to refugees around Kabul and who had just parked the vehicle, a van with the box discovered, after returning from work. This was reported by several international media, after interviewing survivors of the bombing and relatives of the victims. The Pentagon then assured that the event was being investigated.

Given the silence from Washington, which lasted for almost two weeks, the newspaper The New York Times recently published a demonstration, based on photographs and satellite images, that the victims were members of a family and not the alleged vehicle piloted by ISIS-K terrorists and loaded with explosives that, theoretically, was heading to the airport with the intention of try again. The panic unleashed by the suicide attack on the 26th, and the difficulties of the evacuation operation – which removed 124,000 people from Kabul in just two weeks – did not help to clarify what happened; on the contrary, they raised the security alert to a level close to psychosis.

“Now I am convinced that ten civilians, including seven minors, died as a result of this attack,” said General Frank McKenzie, head of the Central Command (CENTCOM), who was responsible for the investigation. “Furthermore, we found that it is unlikely that the vehicle and those who died had ties to ISIS-K or posed a direct threat to US forces. So our investigation concludes that the attack was a tragic mistake, “McKenzie told reporters.

The soldier, who declared himself “ultimately responsible for the attack and its tragic result,” conveyed his condolences to the victims’ families. “This attack was decided with the conviction that it would prevent an imminent threat to our forces in the evacuation of the airport, but it was a mistake and I offer my sincere apologies.”

The Secretary of Defense also gave explanations. “On behalf of the Department of Defense, I offer my deepest condolences to the families of those who were killed, including Mr. Ahmadi and the staff of Nutrition and Education International, Company [ONG] of Mr. Ahmadi, ”whose activities were completely“ harmless, ”Austin confirmed. “Mr. Ahmadi is just an innocent victim as were the others who died tragically in this incident.”

The attack on the Kabul slum was the second punishment operation launched by the US after suffering 13 fatalities in the airport bombing. Two days before the drone killed the ten civilians, members of the same family, another similar attack neutralized an ISIS-K base of operations on the Afghan border with Iran, killing two militants and wounding one.