The Pentagon will test the security of the US nuclear briefcase 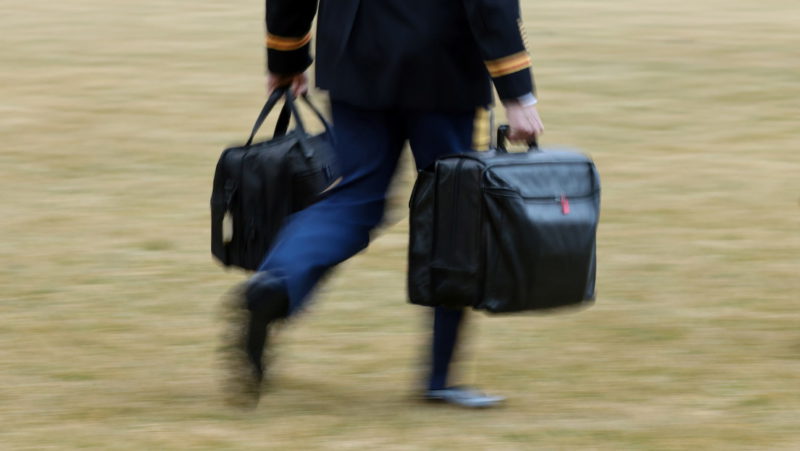 The US Department of Defense (DoDIG) inspector general’s office will evaluate the procedures in place in the event that a nuclear briefcase is lost or compromised, that is, a device – nicknamed ‘the balloon’ in English. from which neither the president nor the vice president of that nation are ever separated and which contains the necessary equipment to authorize an immediate nuclear attack.

When advertising in a release That investigation, the Pentagon agency did not go into detail about what precipitated it. The fact is that many questions about the security protocols of the nuclear briefcase arose after the participants in the insurrection of last January 6, in the United States Capitol, became about 30 meters to the ‘nuclear ball’.

Images from that day show a military officer carrying the briefcase while guarding and leading then-US Vice President Mike Pence and his family, all accompanied by Secret Service agents, to a ladder to keep them safe from the protesters.

The DoDIG project aims to “determine the extent to which Department of Defense processes and procedures are in place and adequate to alert officials” in the event that a ‘nuclear balloon’ lost, stolen or compromised.

“This evaluation will also determine the adequacy of the procedures that the Department of Defense has developed to respond to such an event,” the agency added.

The agency, however, did not announce how long the evaluation process will take or if a deadline has been set. According to the statement, the project objectives may be revised to include additional issues, should they arise.