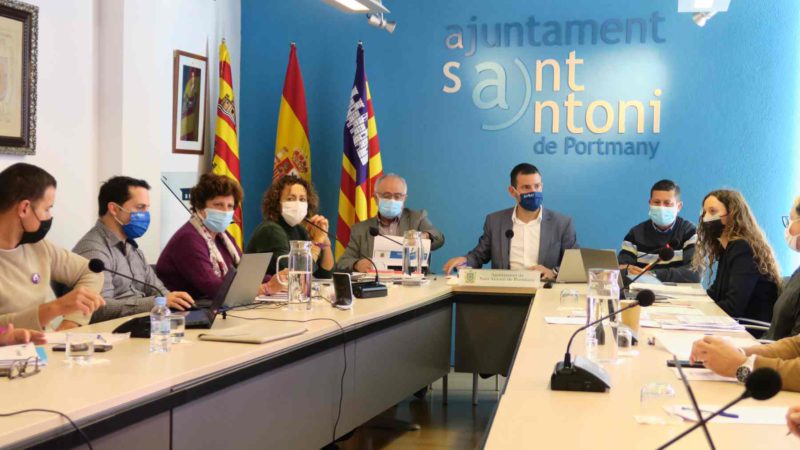 The plenary session of Sant Antoni Town Hall today initially approved the municipal budget project for the financial year 2022, which has had the vote against PSOE-Reinicia and the abstention of United We Can.

The accounts amount to 29,961,700 euros and has an item of 3,985,000 euros of investments, to which is added a provision of 10.7 million euros of the remaining treasury, reports the council in a statement.

The Councilor for the Economy and Finance, Eva Prats, has pointed out that they are the highest budgets that the City Council has had, with an increase of 8.16% compared to the previous year. “It is a realistic and balanced budget, aimed at economic recovery, social assistance and the human factor”, explained Prats, who has highlighted that the accounts contemplate “a new expansion of the item destined to the Social Services area to continue helping people who need it most and affected by the crisis and reflect a reinforcement of personnel to offer a better service and respond to a better functioning, planning and development of the municipal lines of action ”.

The political groups have unanimously approved a institutional statement on the occasion of the International Day for the Elimination of Violence against Women with the commitment to promote gender equality and women’s rights and guarantee the continuity of policies aimed at the eradication of gender violence.

They have also unanimously agreed on the adherence of the Sant Antoni City Council to the Municipalities campaign against abuse. Zero tolerance, a social action initiative, promoted by Atresmedia and the Fundación Mutua Madrileña, which is a direct call for mobilization in the fight against gender violence.

On the other hand, they have also unanimously agreed to urge the Consell de Ibiza to continue the development of the project of the mixed road for pedestrians and cyclists that will link the nucleus of Sant Antoni with the sports and school facilities of Can Coix and Cala Salada.