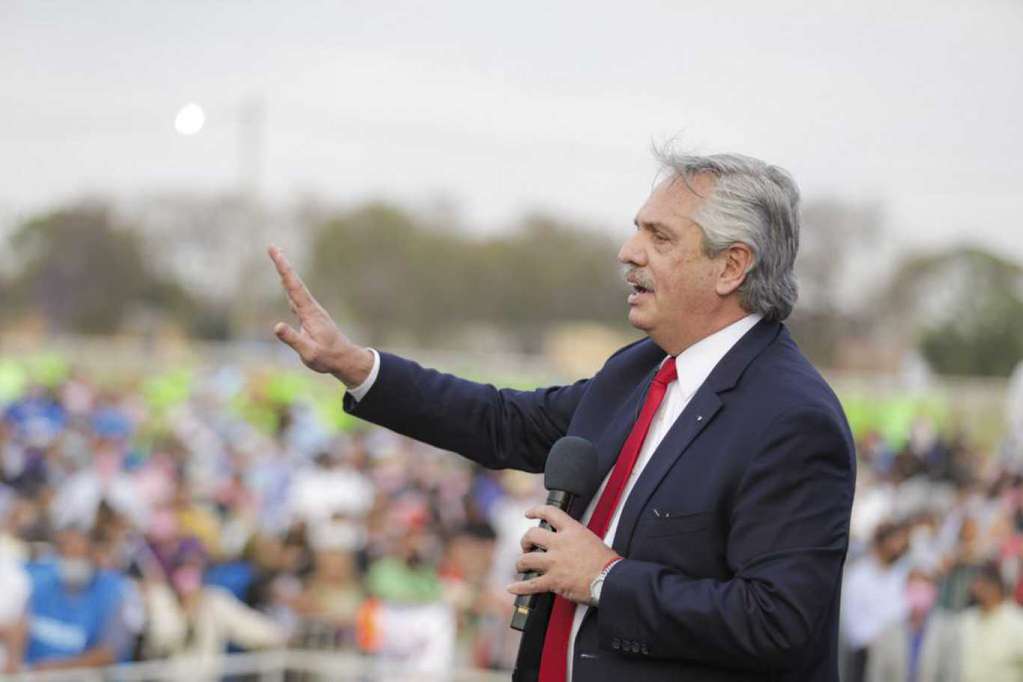 At the very event for Loyalty Day they announced that Alberto Fernandez he would soon be on stage. It was before a storm of criticism began towards his management by some weight leaders such as Hebe de Bonafini, Beloved Boudou and Mario Secco, who asked not to pay the debt with the International Monetary Fund (IMF).

“I tell the President that it makes us very sad because you always hang out with the rich, with IDEA, with the fat people of the CGT. I hope this speech does reach you. All of us who are here are part of the people who voted for him, and they will continue to vote for him if he behaves as he should ”, launched the head of Mothers of the Plaza de Mayo while the advisers of Alberto Fernandez they analyzed whether or not the head of state should attend the event.

With the passing of the speakers, the climate became increasingly harsh and the context little encouraged a presentation by the President that could only further fracture the Government coalition with increasingly marked bands.

This Monday the new Government spokesperson Gabriela Cerruti said Alberto Fernández “had never thought to go” to the act for the Loyalty Day and regarding the criticism that the President received, he maintained that “it seems reasonable that each one expresses where he wants to deepen”. In this sense, he considered that the mobilization on Sunday “was not an expression against the President.”

Although the Government maintains a reserve, a source assures that the President traveled by helicopter to the Casa Rosada area but that “due to the few people” that were in the place, he decided to withdraw.

Even another spokesperson maintained that he had never traveled there. The versions are crossed and They try to hide the differences and contradictions that exist at this time within the ruling party. Even Cerruti stated that the head of state “I was happy with the act” despite the demonstrations against him.

The event had a strong presence of Kirchenrist leaders such as the Buenos Aires governor Axel Kicillof, Andrés “Cuervo” Larroque, the Buenos Aires Chief of Cabinet Martin Insaurralde, Roberto Baradel, among others.

Doubts regarding the presence of Alberto Fernández at the CGT ceremony

The truth is that after this “lack” of the president, at this time in the Government no one dares to say if Alberto Fernández will be present at the event for Loyalty Day organized by the CGT together with social organizations and movements that support the National government.

His closest collaborators interpret that If it is presented this Monday, it will be a total rudeness to the organizers of Sunday’s event.

It is even expected that the Board of Directors of the CGT will carry out an act of reparation to the memory of the victims of coronavirus through an act in front of the Monument to Manuel Belgrano by keeping a minute of silence for all those who died during the pandemic.

It will be carried out with the “deepest rejection of the vandalism that occurred yesterday in the Plaza de Mayo regarding the stones that remember victims of the COVID 19 Pandemic.” In other words, The workers’ central will make clear its differences with the movements that marched on Sunday.

The tension over these marches had begun on Thursday, when the “Cuervo” Larroque questioned the decision to cancel the event for Loyalty Day. “You cannot ask the militancy to go out to the streets to seek the votes when they are prevented from expressing themselves.” The phrase would cause the President to retrace his steps in just hours and call to “mobilize” on October 17 to the squares of the whole country.

In the workers’ centrals they reaffirmed that the march that will take place this Monday is for work and in commemoration of the Peronist Loyalty Day and that “only the labor movement will be in the demonstration.”