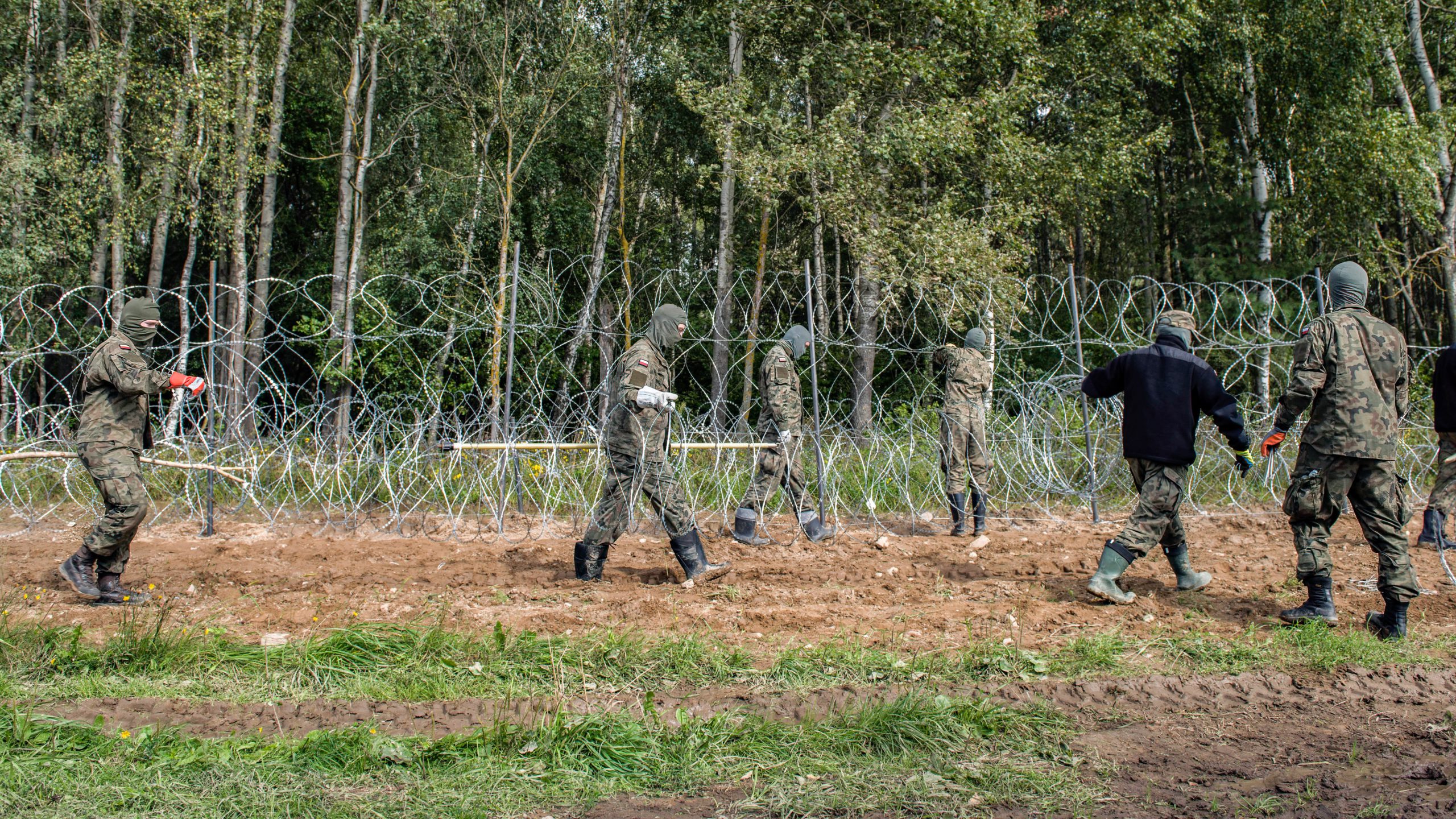 Poland redoubled its pulse to the European Union. In full tension with the community club after the Constitutional Court declared that several articles of the Union’s treaties are incompatible with the country’s Basic Law, Parliament has approved an amendment on immigration that conflicts with European and international law. The new rule allows border agents to reject asylum applications without any prior examination, a decision that contravenes the Geneva Conventions, to which all member states are party, and the hot expulsions at the border of migrants who cross irregularly .

Poland’s lower house has also given the green light this Thursday to a government plan that plans to spend 1.6 billion zlotys (the equivalent of just over 350 million euros) to build a wall on the border with Belarus in an attempt to stop the flow of migrants trying to cross. Deputies in the Sejm (Parliament), where the ruling Law and Justice (PiS) party has a slim majority, voted in favor of the bill, which now passes into the hands of the opposition-dominated Senate.

Tens of thousands of migrants, mostly from the Middle East, have tried to enter the European Union through the borders of Poland, Latvia and Lithuania in recent months. In a recent report, the European Commission warned that Aleksandr Lukashenko’s regime promoted “the smuggling of migrants to the EU.”

According to the amendment approved on Thursday, a foreigner detained at the Polish border after having entered irregularly will be forced to leave the country and will be prohibited from entering for a period of time ranging from six months to three years. The Polish authorities will also have the right to “leave unexamined” an asylum application submitted immediately after irregular arrival.

NGOs have criticized Poland for having imposed a state of emergency at the border, which prevents these associations from helping newcomers and prohibits access to non-residents. At least seven people have died at the EU’s borders with Belarus since the crossings in the region began that summer, according to Polish, Lithuanian and Belarusian authorities.

“The legislation and practices adopted by Poland, allegedly in response to the current situation at the EU border with Belarus, are contrary to international and EU law, and will only exacerbate the difficulties of those forced to flee. “The UN Refugee Agency (UNHCR) reacted through a statement in which it censured the new legislation that” allows asylum applications to be arbitrarily rejected without examining individual circumstances and without guaranteeing the availability of effective protection. somewhere else”.

The European Commission, which maintains a tense pulse with Poland regarding respect for the rule of law, has not yet reacted officially, since it does not usually do so in the face of legislation that has not yet been formally adopted. In this case, the president’s signature is still missing, explain sources from the Community Executive.

But Brussels has been following the evolution of a situation that it considers “worrying” for months, because it involves the “instrumentalization” of human beings by Belarus “for political purposes”, according to a recent report on migration and asylum. And it tries to maintain in its communications a complicated balance between the message of support to the affected border partners and the complex humanitarian situation that is being generated. “We focus our attention on giving support to member states to find solutions,” said Adlabert Jahnz, the spokesman for the Commission for Home Affairs, during an appearance on Friday. “We are facing a difficult situation at the EU’s external border, caused by actions of the Lukashenko regime. But there is also a serious humanitarian situation on the border, and we will make efforts to discuss this with the member states at all levels ”. Brussels considers that the affected countries are responsible for taking “the necessary measures to avoid creating a situation in which people are abandoned without help.”

On the same Thursday that the new legislation was given the green light in Poland, the European Commissioner for the Interior, Ylva Johansson, was “concerned about reports of people, including children, trapped in forests in a critical situation at the external borders of the EU. with Belarus ”, according to what he told on social networks. Johansson also announced that he would convene on the same day a meeting with the ambassadors of Poland, Latvia and Lithuania and the European External Action Service to discuss possible ways forward. This meeting has not yet taken place.

The Swedish commissioner has not spoken directly on the new Polish legislation, but expressed her opinion a couple of weeks ago, after meeting with the Polish Interior Minister, Mariusz Kamiński: transparent that any legislation, policy or practice on the border between Poland and Belarus is fully in line with the EU acquis ”.