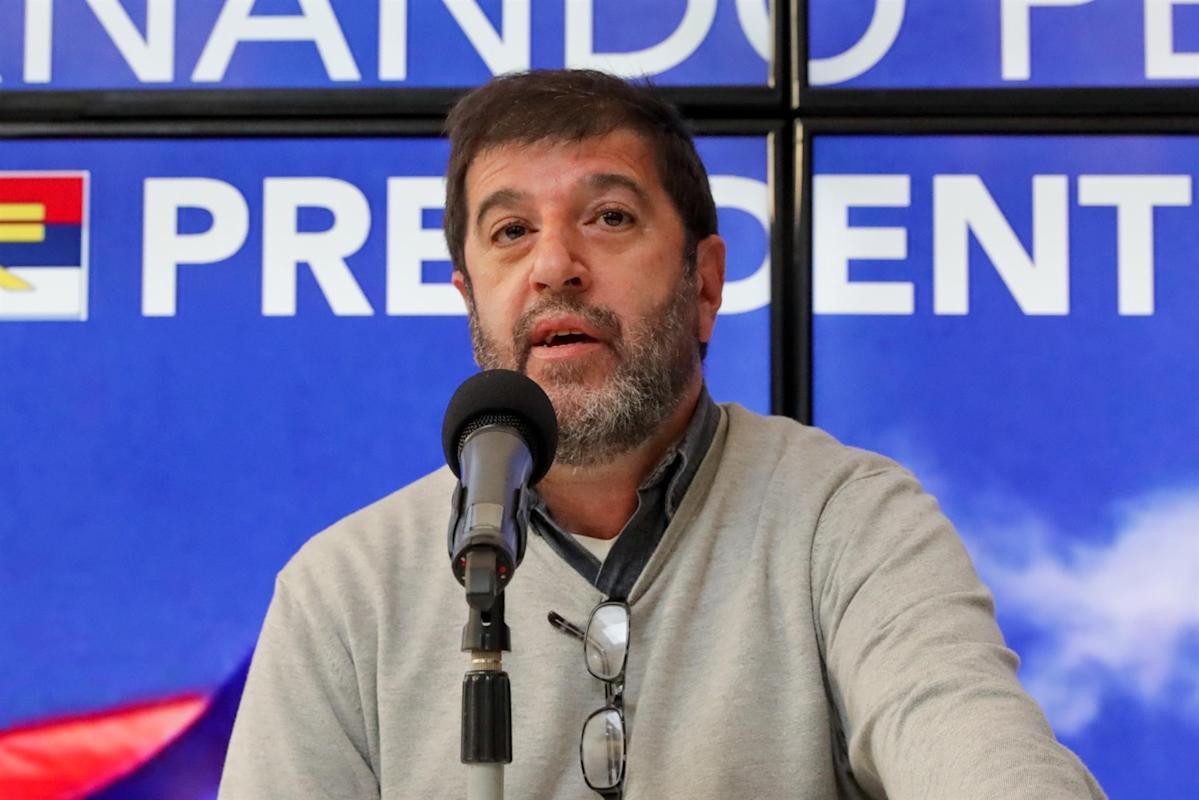 Montevideo, Sep 16 (EFE) .- The president of the Uruguayan union central, the PIT-CNT, Fernando Pereira, announced this Thursday that he accepted the proposal of several sectors -mainly the one led by former president José Mujica- and will be a candidate for preside over the left-wing coalition Frente Amplio (FA), a party that ruled in that country between 2005 and 2020.

“After a long trajectory within the trade union movement, of more than 35 years, we have resolved, meditating on it with our family, our life partner, to assume this challenge that involves building a broader and broader Broad Front”, said Pereira during the conference in which he announced the candidacy.

The until now president of the PIT-CNT stressed that this is not about “making a leap from the union to the political party”, but rather “a return” since he was a member of the FA in different spaces prior to his arrival at the union coordination in 1996.

“From that moment we have been exclusively union activists, but we have never taken our eyes off or our concern about what will happen to the best political project that Uruguay has, to the project that is committed to transformation, to young people and women. to bet on listening to the intelligentsia, the academy, science, “he insisted.

Pereira, who has presided over the union central since 2015, emphasized that these days “are of mourning” since with some of his colleagues they have spent “a lifetime together” and because he knows that this farewell means that he will never return to the PIT-CNT as a of leader.

If he reaches the presidency of the FA -which still does not know the rest of the candidates and even the date of the election day- Pereira’s idea is to think of a Broad Front “30 years ahead” with a project “that will make people fall in love to change society “.

Despite all that it means to take this new step to partisan political activity, Pereira indicated that “no candidacy” is going to divert its focus from the campaign for the referendum to repeal 135 articles of the Urgent Consideration Law (LUC) , the flagship project of the President of Uruguay, Luis Lacalle Pou, approved in 2020.

Pereira was one of the main promoters for the collection of signatures to call the referendum – which has yet to be confirmed in the Electoral Court – and the impulse of having reached nearly 800,000 signatures in less than a year with the support of the PIT-CNT was a one of the reasons why his figure took great notoriety in the last time.