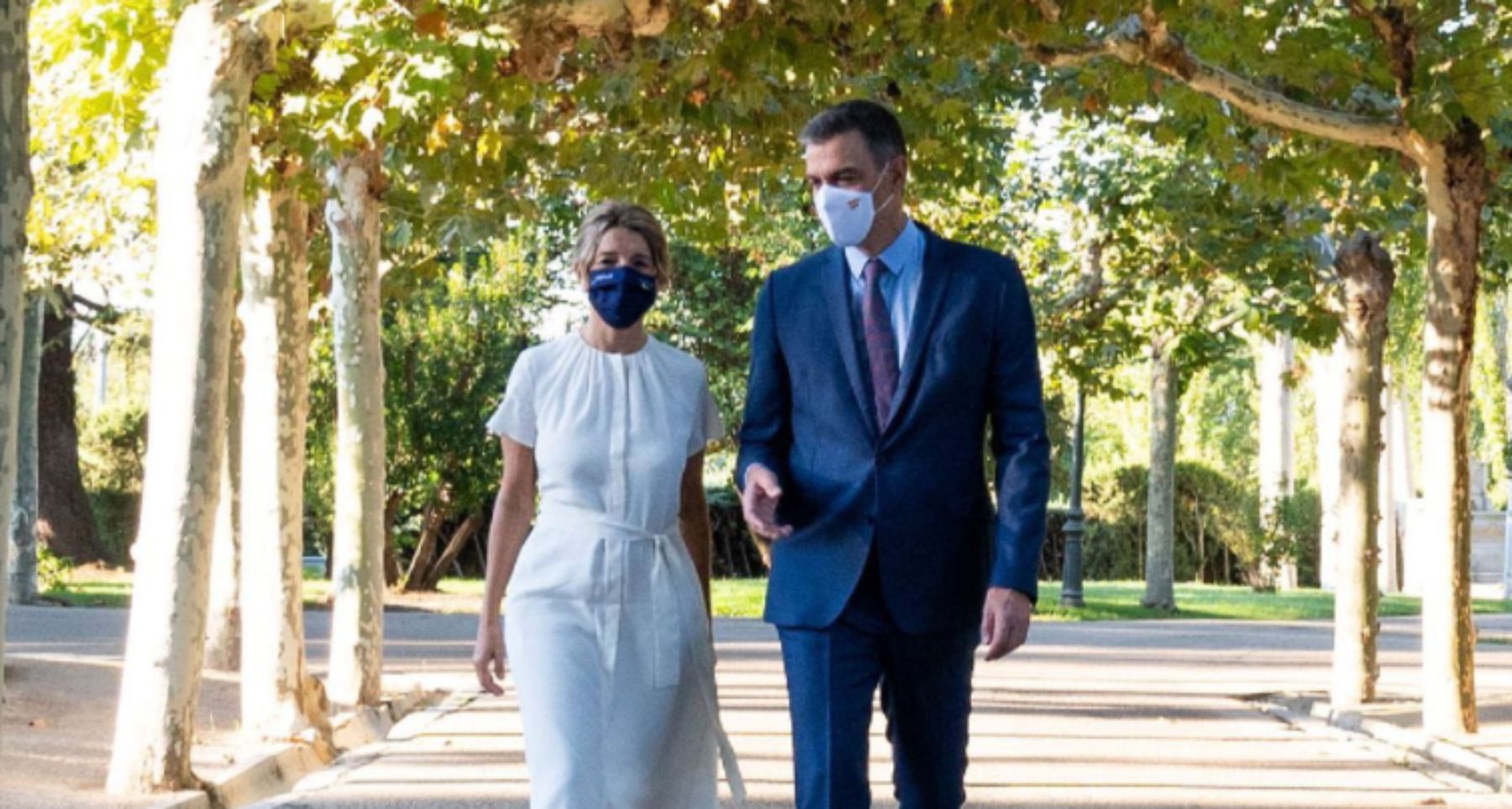 The PSOE will leave its congress as a clone of Podemos: more State, more taxes and veto to the PP

The Socialist Party warms up for the celebration of your 40th Congress, which will take place from today October 15 to 17 in Valencia. Pedro Sánchez’s party will reaffirm its ideological drift towards PodemosAs can be seen from the spirit behind the presentation, the text that -after the incorporation of the corresponding amendments- will guide the political action of the formation until the next conclave. The document, which lists the PSOE to its most extreme left to enter into electoral competition with Podemos, denies any pact with the Popular Party.

This is reflected in the epigraph A change in the way of being a reformist, where the party admits its “repositioning on the political board” by putting “distance” with the “Old social democracy in decline”. In this context, the “great alliances with the center-right parties” are criticized, which, according to the Socialists, lead them to “be just a government party dedicated to managing what exists.” “There was a link between the practice of the great coalitions and the renunciation of the reforming spirit,” they continue to criticize. Sánchez’s party finally criticizes that these “great coalitions” had the aim of “minimizing State intervention, relaxing fiscal progressivity, privatizing public management as much as possible, or dismantling any barrier, justified or not, to free international trade. ».

The defense of state intervention it is transversal in the different blocks of the presentation, which also addresses the taxation section in detail. The document includes the bases of the Tax Reform that the Government of Pedro Sánchez prepares and that will entail a greater tax burden for all Spaniards. Socialists criticize that “our fiscal model is very slightly progressive, almost proportional in redistributive terms” and that “the overall collection of public revenue remains well below the average for the European Union.”

In this context, they admit their intention to “advance tax collection”, with measures such as “a thorough review of corporate tax,” including negative rates in personal income tax and others that “discourage polluting habits.”

The party reaffirms itself as “An alternative to capitalism” which is “incapable of adapting to a growth model compatible with the better distribution of wealth, sustainability and the well-being of all people”, attacks “investment funds”, “big technology” and “the concentrations of power in the market. And, in the same vein as Podemos, he enters fully into the attack on “patriarchy.”

In short, more State and more intervention in the life, property and freedom of citizens.

The PSOE will also have to debate several amendments that call for a referendum on the form of State and move towards the Third Republic. Thus, the Socialist Party of Catalonia affirms directly in one of these amendments that the “final reparation” of the war and the dictatorship is the “restitution of the republican model” in Spain and must be achieved among all Spaniards.

«The duty of reparation does not end in the reestablishment of the fortunes stolen by the national uprising, the civil war or the Franco dictatorship, there is a final reparation and it is the restitution of the republican model for our country, we must fight for the final reparation of our society is the arrival of a new republic for our country, we have to achieve it between all and all “, defend the Catalan socialists.