The real estate market and the reactivation of the sector: conjuncture or optimism? 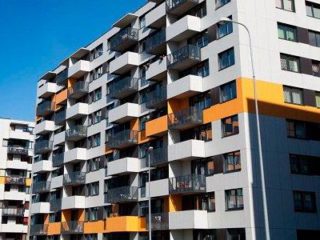 According to data from the world’s largest real estate investment consultancy and manager, CBRE, investment in this sector in Spain during the first quarter of 2021 was around 1,600 million euros, 60% less than in the same period of 2020, when it registered the record number of almost 4,000 million. Between April 2020 and 2021, the investment volume has reached 7,200 million, 50% less than in the previous 12 months, although they are figures that double and even almost triple those reached at the start of every year between 2010 and 2013.

Considered a new refuge sector, for some, and with overvalued recovery prospects, for others, the truth is that investment in the real estate sector has become conditioned by the change in the paradigm of housing preferences as a result of the coronavirus.

“The excess liquidity in the markets and the very low interest rates are leading large investors such as pension funds or private equities to seek yield in the real estate market, both in traditional safe assets such as prime offices and homes, as well as in alternative assets and innovative such as data centers or student residences ”, he points out Pablo Fernández, Income 4 analyst.

From ATL CapitalHowever, they position themselves negatively in the sector, although “there are concrete opportunities” and they only recommend it “for large assets”, he remarks. Susana Felpeto, director of equities of the firm.
Expectations regarding prices have not fallen too much. What happens is that “the sector is at a standby point” where logistics is the part that is performing the best, he explains. José Lizán, manager of Magnum Sicav Solventis.

In the heat of the e-commerce push and after the outbreak of the pandemic, the logistics sector has only accelerated the process and positioned itself among the most attractive for all stakeholders. According to the index prepared by CBRE, logistics real estate assets have increased their value by 1.14% compared to the end of 2020, while in the residential rental segment their increase has been 1.03%.

MERLIN Properties (+ 20%) is revalued in the Ibex 35 twice that of Inmobiliaria Colonial (+ 10%) although Lizán thinks that neither of the two is an asset to invest now. “There is an opportunity at Millenium Hotels, a Spanish Socimi that, we know, will try to increase capital to buy hotels.” In addition, by valuation he believes that Realia is “given away at the multiples and ratio level” so putting money there “is not nonsense,” he adds.

In Renta 4, more positive in the sector, they bet on Merlin over Colonial “because of its greater cyclical exposure and the high discount on NAV (net asset value)” as in ATL -although they are negative in both companies- they opted for Merlin Properties that inaugurated ‘Lisboa Park’ last month, a logistics park that already has a state-of-the-art warehouse with 45,171 m2 of gross leasable area, according to the Socimi in a press release.

As for the hotel sector, one of the hardest hit by the pandemic after the drop in occupancy, Solventis underlines that “we will have two years with opportunities in this sector and those who position themselves well now will be the long-term winners.” Although coastal tourism will show signs of reactivation this summer, they will not be noticeable until next time.

Within the continuous market, despite the dividend cut, Lar Spain continues to be the most attractive security from the point of view of shareholder remuneration, with a return of more than 6.5% between ordinary and extraordinary, points out Pablo Fernández, although “the market may take longer to recognize it due to the structural trends of the sector,” he clarifies. In this sense, all Socimis have to pay by law 80% of their profit in dividends so, due to the decrease in income, “it is not a good time as an investment thesis,” they point out from Solventis.