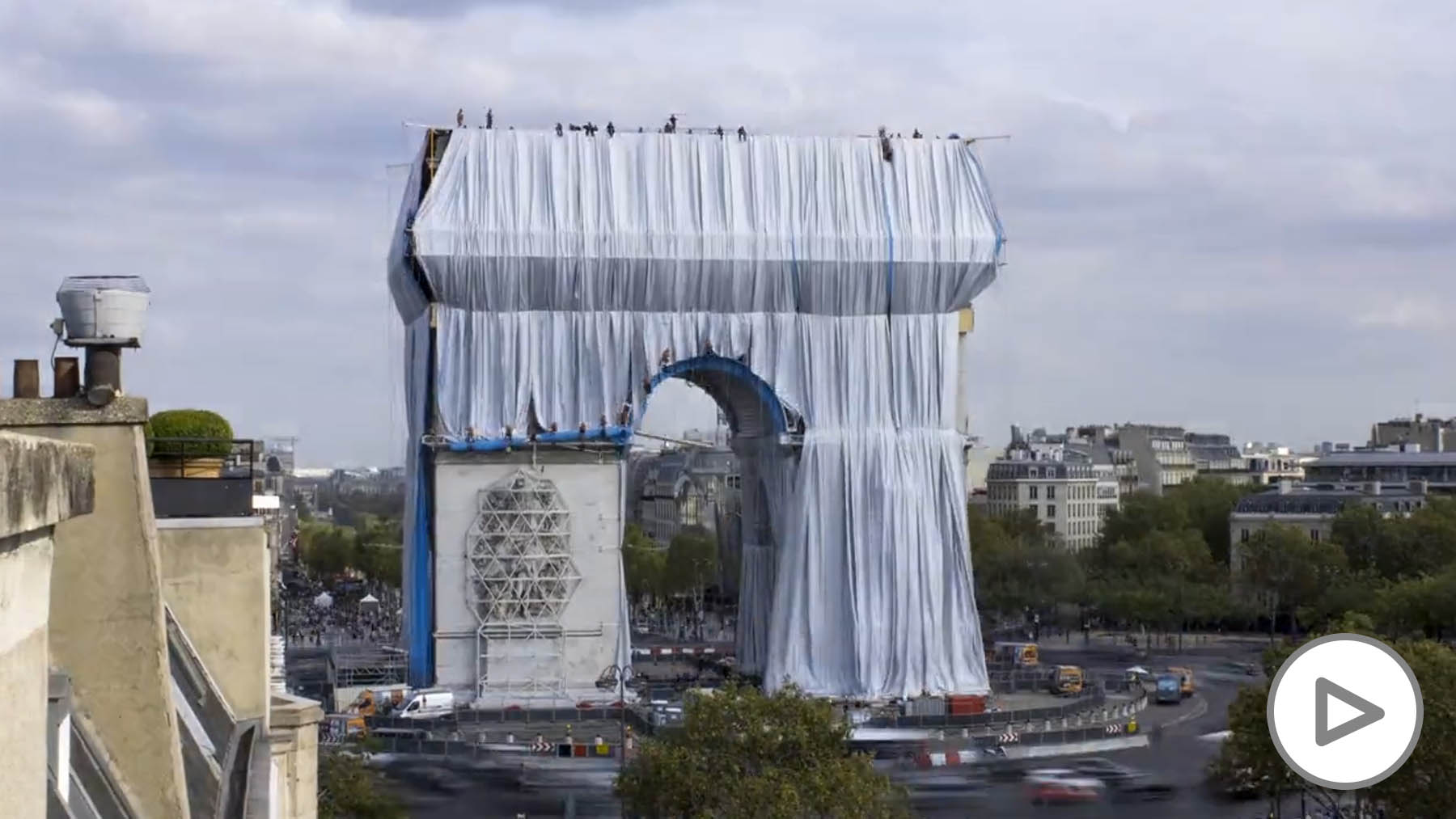 The reason why Paris is ‘enveloping’ the Arc de Triomphe

The picture is spectacular. Paris is ‘wrapping’ its mythical Arch of Triumph. Some images that have aroused the curiosity of everyone but that have a simple explanation. The monument has been covered by 25,000 square meters of recyclable polypropylene fabric in bluish tones and is secured with three kilometers of red ropes. Do you want to know why this show?

It is not that it will be a gift for someone or transferred to another site. The truth is that the explanation is much simpler. It’s about the posthumous work of Christ (1935-2020) and his partner Jeanne-Claude (1935-2009), and was made by the artist’s nephew, Vladimir Yavachev.

The work will be available for two weeks, Until 3 October, day in which the Arc de Triomphe will be unpacked and will return to its being. The large square that surrounds the monument will be closed to traffic on weekends until it is dismantled. The public will be able to approach and touch the work, and the flame will continue to be lit every night.

The packaging has cost 14 million euros, totally paid for by the sale of drawings and models of the Christo foundation.

The work was inaugurated this Thursday by the President of France, Emmanuel Macron. In his presentation speech from the rooftop of the monument, he was proud of this work: “We think of Christo and Jeanne-Claude. They would have been very excited (…) because this is the culmination of a 60-year dream. It was a crazy dream and you have fulfilled it, Vladimir, thank you very much ».

The opening ceremony was also attended by the former mayor of New York, Michael Bloomberg, and the mayor of Paris, Anne Hidalgo, which assured that the city’s previous experience with Christo, with the packing of the venerable Pont Neuf (New Bridge) in 1985, was decisive in authorizing this new artistic adventure.