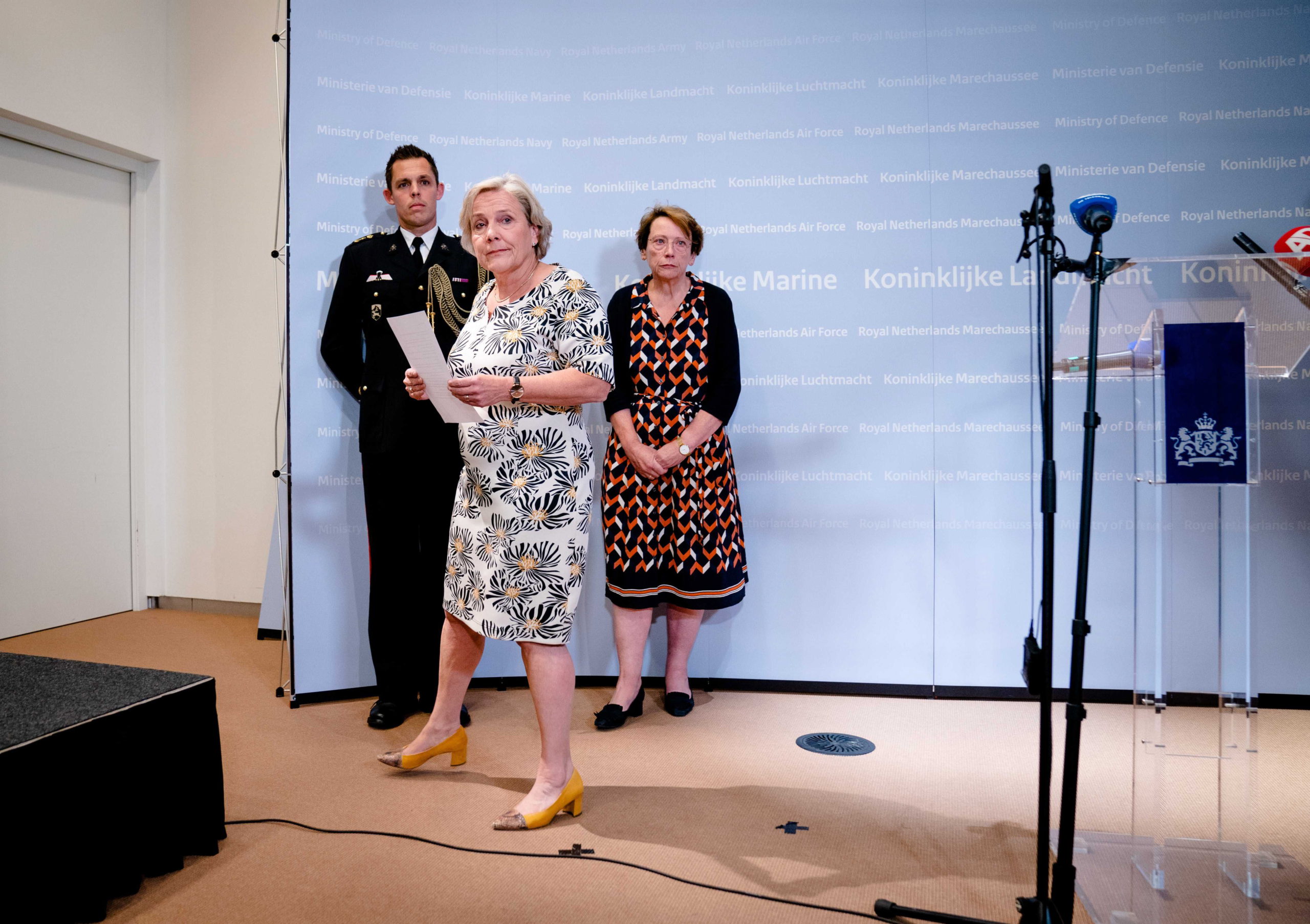 The resignation of the Dutch Defense Minister, Ank Bijleveld, after being condemned this Thursday in Congress for her mismanagement of the evacuations from Kabul of Afghan personnel who worked for the Netherlands, has aggravated the national political crisis. This is the second minister, after the foreign minister, Sigrid Kaag, who has been forced to leave her post for this reason, and both resignations show the urgency of forming a government. The Dutch Executive has been in office since the resignation en bloc last January due to the family aid scandal and the negotiations to agree on a new coalition add up to six months of disagreements between the right and the left. For now, Kaag, who leads the left liberals (the second national force), assures that what happened will not hinder the pact. Bijleveld, a Christian Democrat, has decided to leave only when he has seen that his party could fall into an internal crisis with unforeseeable consequences.

“I cannot hide my surprise at the outcome of the parliamentary debate this Thursday. I wanted to go ahead to bring the men and women who are still in Afghanistan, but my permanence is disputed. So I can’t do my job properly, ”said Bijleveld, who shortly before ruled out resigning with a singular argument. He said that the former minister Kaag had made the personal decision to leave before the disapproval of the House, “and I another, and both are respectable.” However, discomfort and bewilderment were evident among his Christian Democratic colleagues. This Friday, when Bijleveld had already said goodbye, the head of her party, Wopke Hoekstra, assured that she had acted “on her own and without pressure, and I accept it that way.” Acting Prime Minister Mark Rutte hailed Kaag’s “commitment”, as well as “Bijleveld’s experience in public service”, before his departure.

During the debate on Thursday, which ended with the disapproval of both, the Chamber reproached them for their slowness, the administrative silence dispensed for months to the requests that they draw up an evacuation plan – arrived both from the deputies themselves and from the Dutch Embassy in Kabul – and the fixation on waiting to see what other countries would do before acting.

The Dutch media insist that the current unusual situation will not hamper the search for a coalition. It is true that the atmosphere has become rarefied between parties accustomed to understanding each other and who have governed together in the past in various combinations. The question is whether what happened can be analyzed as a responsible act on the part of Bijleveld and Kaag, which, in any case, could accelerate the future government pact. For Kaag, who was the rising star of the left liberals, his departure can have two results: it can weaken her or help her to negotiate with a louder voice of her own than before. Next week, the informant (the figure who investigates the possibilities of negotiating the coalition) has summoned it together with the Christian Democrats and the right-wing liberals of Mark Rutte. They could form a minority government, or at least try.