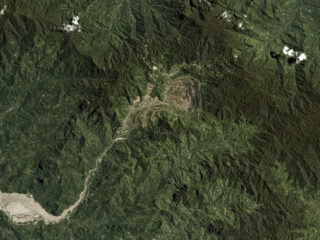 The Rio Tinto mining company has reached an agreement with stakeholders in the Bougainville, Papua New Guinea community to review the harmful environmental impacts and possible human rights violations at the Panguna copper deposit that it managed decades ago.

The step is taken in response to the demand of 156 Bougainville residents who, represented by the Australian Human Rights Legal Center (HRLC), denounced in September 2020 that the enormous amount of waste from the old mine – at the time, majority-owned by Rio Tinto – continues to have serious environmental and human rights impacts, endangering the lives of local communities.

In a joint statement, the parties announced Wednesday that Rio Tinto will fund most of the independent advice at the Panguna mine, marking the first victory for local residents.

Being one of the largest copper mines in the world, Panguna dumped more than 1 billion tons of waste into the Jaba and Kawerong rivers during its operations between 1972 and 1989. It was of great importance to Papua New Guinea’s export, but the Bougainville residents felt deprived of the benefits of the business and argued that the mine only brought them pollution. The conflict led to the closure of the mine and led to a brutal civil war.

Currently, 12,000 to 14,000 people live along the Jaba Valley and Kawerong, according to estimates from the Australian Human Rights Legal Center, whose representatives documented copper contamination in local rivers in 2019 and 2020, with the waste extending nearly 40 kilometers in flow to shore.

According to Bougainville landowner and MP Theonila Roka Matbob, the situation is only getting worse and an urgent investigation is needed to start working on solutions and start cleaning up the area.

Rio Tinto has not yet committed to financing the mine’s cleaning and sanitation works, but despite the fact that it has not had access to Panguna since 1989, its CEO is aware of the importance of taking responsibility for the actions of the past of the company that now heads.

“We take it very seriously and are committed to identifying and evaluating any implication that we may have had in adverse impacts, in accordance with our external commitments on human rights and the environment, and with internal policies and standards,” said Jakob Stausholm in statements collected by Australian Mining.