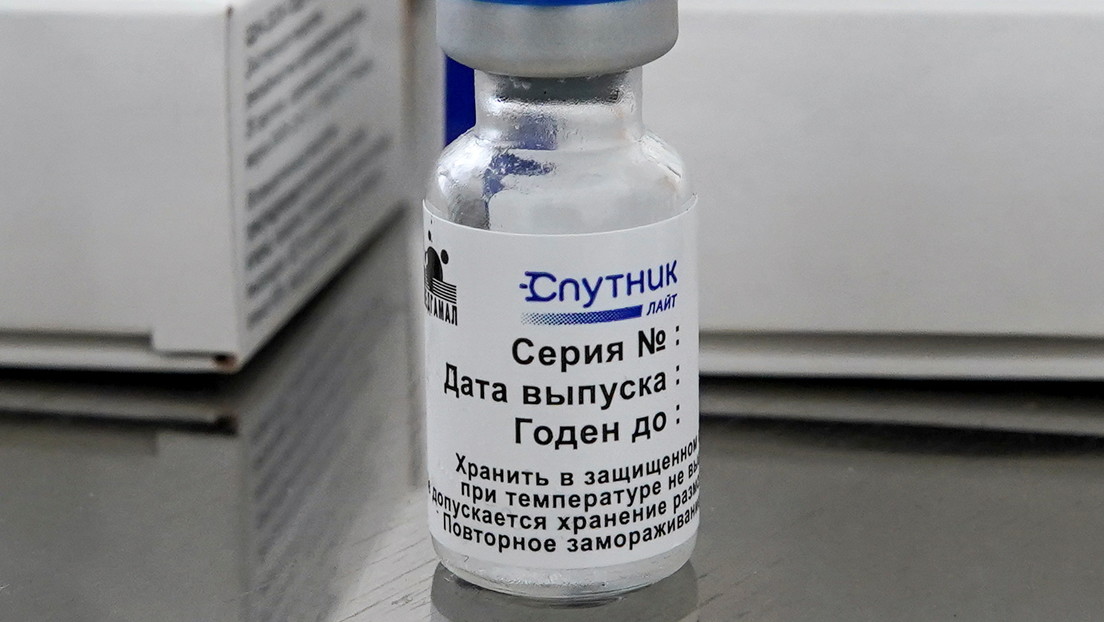 The Russian Direct Investment Fund (RDIF) ad this Thursday that the Sputnik Light vaccine – the first component of Sputnik V – also works as an effective booster for the doses of Astrazeneca, Sinopharm, Moderna and Cansino, generating “a strong immune response” and “a high safety profile “.

The news comes after having carried out a study in Argentina, which had more than 1,000 participants. In each combination, called by the RDIF as “vaccine cocktail“, a higher antibody titer was achieved on day 14 after the administration of the second dose”.

Furthermore, no serious adverse events were recorded after vaccination. According to the Russian Fund, it is about “the strongest scientific evidence to date which supports the ‘mix and match’ approach with all five involved vaccines. “

On the other hand, the statement notes that “the AstraZeneca-Sputnik Light combination showed higher levels of immunogenicity than the original AstraZeneca vaccine.” On this specific ‘cocktail’, tests continue in Russia, Azerbaijan and the United Arab Emirates.

Efficacy against the Delta variant

The data reported by the RDIF sustain that the Sputnik Light, applied in a unique way, achieves a 70 % efficacy against the Delta variant of covid-19, during the first three months. The number amounts to 75 % in those under 60 years of age. These figures come from an assessment of 28,000 individuals in Moscow.

NOW | RDIF: Data from Inst. Gamaleya show that Sputnik Light, 1st component of #SputnikV, reaches 70% effectiveness against Delta 3 months after application, thus being one of the main single doses in the world and an ideal reinforcement for other vaccines. pic.twitter.com/vdKJ56G3T1

Regarding the combination of doses, that is, the Sputnik Light as a booster, its effectiveness against the Delta variant is expected to reach rates close to that of full vaccination with Sputnik V, “more than 83 % against infection and more of 94 % against hospitalization“they reported.

On the data obtained from the ongoing vaccination campaigns in different parts of the world, the Fund stated: “The vaccine [Sputnik Light] has shown an efficacy of between 78,6 % and the 83,7 % among the elderly, as confirmed by the Buenos Aires Ministry of Health. “In Paraguay, the index reaches the 93,5 %, being levels of effectiveness that even exceed some drugs with two injections.

Finally, when communicating the good results of the tests, the executive director of the RDIF, Kirill Dmitriev, reiterated his intention “to expand partnerships with other producers on vaccine combinations”.