The Samsung Galaxy Buds could be physically joined with a cable 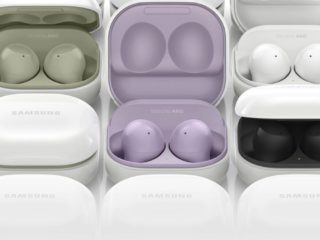 In these times it is not difficult to find a pair of wireless headphones to pair with your smartphone. It can also be any other device, but it is a fact that most users use them with their mobile devices. These devices are becoming more and more useful and it is hard to believe that in their small space they are capable of so much. But some are still skeptical and think they will fall off their ears. But this could be left behind thanks to this patent of Samsung that hooks the Galaxy Buds by means of a cable.

A gadget for the Galaxy Buds

Samsung, like other firms in the technology segment, available a wide range of devices with which it makes an ecosystem. With a smartphone as a hub, you can do any type of task at home or even prepare it upon arrival, such as tempering it upon your return if possible. But this is not one of those big cases, rather the solution to what many might consider a problem.

We are talking about the segment of sound, where Galaxy Buds They are among the best in the company. They are designed not to disturb even if it is placed in the ear and despite the beliefs of many these do not fall off. These will be the ones who will be most grateful that one day it appears a new physical link for the Samsung Galaxy Buds.

As you know, the shape of these gadgets is quite simple and small. They do not have any external grip points as other models more similar to the old button ones may have, so you cannot use a string to join them. According to the patent you have found LetsGoDigital, the company has presented a sketch of a hybrid headphones. They are so named because they have two methods of use: either independently without cables or linked by this structure that goes behind the user’s neck.

Everything indicates that this new version only brings the cable as a great addition since the rest of the device is identical to what has already been seen with the Galaxy Buds. Therefore, it only remains to wait for it to take a step forward when it comes to showing this new accessory that has its pros and cons. The good part is that it will prevent any of the hearing aids from being lost in the worst case, the bad thing is that when coupled to the external part, the touch functions are lost.