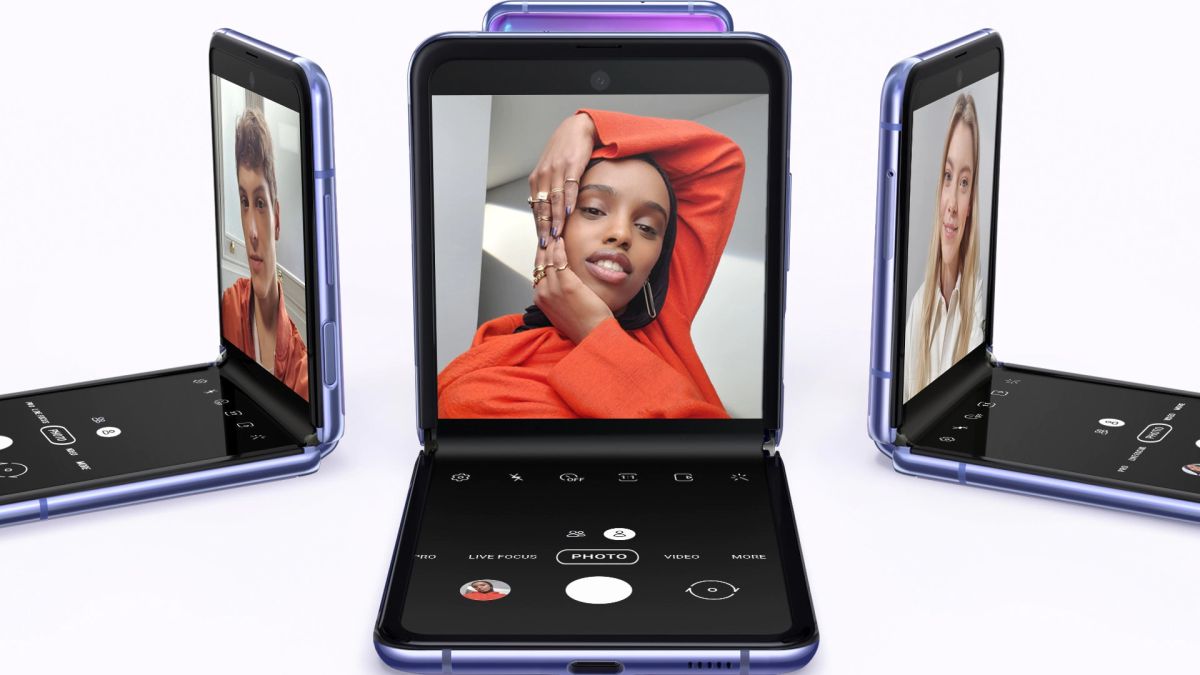 This could be the new Galaxy Z Flip 3

Flip phones are the order of the day, but they are still too expensive to fit in all pockets. But this is not a problem now since they are at a time when innovation rules above all. More now than ever if we talk about Galaxy Z Flip 3 that could be on the way with a new more functional design if possible.

According to the images we see in Sammobile Images of what we could see in the future have been leaked. The closure system would be the same as that determined by this family of devices, so we would continue to speak of a shell-type closure. In the new version we would see a better integration of the hinge in the structure without giving rise to any shock.

But the interesting thing about the images, which seem to be taken from the promotional content of the company, is its new upper case. We understand this as the one that is placed face up and maintains the part of the notification display and the cameras. In this new version we would see a Galaxy Z Flip 3 with a larger space dedicated to the notification screen. This will help improve the reading of these, but it also brings other improvements. Specifically, the space for the notification area blends with the location of the camera above arranged vertically. At the moment, everything indicates that at the moment there will be four colors to choose from, which will be purple, silver, white and gray.

Waiting for what’s to come inside

At the moment, this is all that is known about Samsung Galaxy Z Flip 3. It is not little since it is a curious terminal in terms of design, which is its great attraction. What there is no doubt is that being a premium range mobile it will assemble the best chips and components to provide top performance.