Home
World
The socialist mayor of Granada, to a Vox councilor: “You’re like a chota, stop saying silly things”

The socialist mayor of Granada, to a Vox councilor: “You’re like a chota, stop saying silly things” 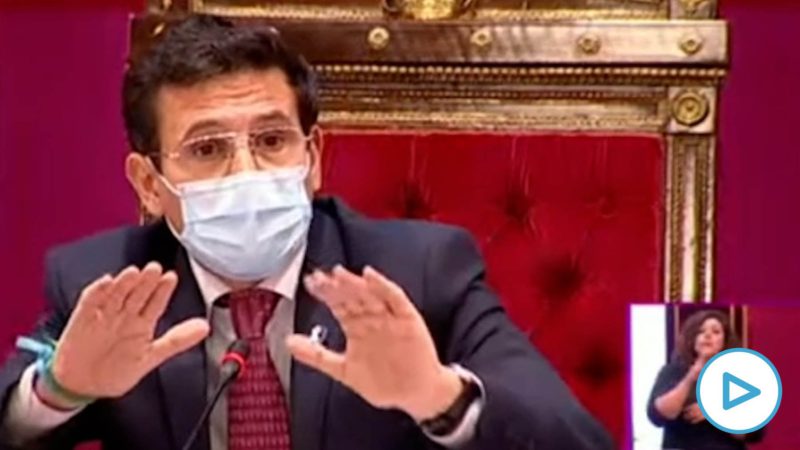 Vox has left this Friday the Full of the Granada City Council after the mayor Francisco Cuenca (PSOE) addressed in a contemptuous tone to the Councilor of Vox Mónica Rodríguez Gallego: “You’re like a chota, stop saying silly things.”

The words have been subsequently denounced by the councilor of the PP Carlos Ruiz Cosano: «I was thinking of reading a few words but I am not going to do it. And I am not going to do it because a few minutes ago I heard the mayor say to a colleague of this corporation that ‘he is like a chota’. You said that. And I do not care if it is Mrs. Rodríguez or any of the colleagues and officials present in this house.

The councilor of Vox has been despised by the socialist Cuenca in the framework of the motion on the 25N, International Day for the Elimination of Violence against Women. Rodríguez Gallego has defended his party’s position in this regard and the mayor of Granada has justified his words: “When arguments are made not to support an initiative in defense of women’s rights, I find it a shame. As mayor, it is infuriating that we do not agree on something as obvious and objective as killing women.

For his part, Vox spokesperson in the Granada City Council, Onofre Miralles, has urged him to correct his mistake: «Mr. Mayor, rectifying is wise. This is the third time that a corporate colleague has asked you to expressly apologize to my colleague Mónica Rodríguez Gallego, something that you intend to ignore. If you do not, this group will immediately rise from the plenary session and we will focus on the type of person you are, who gives one face and has another.

After that, the socialist Cuenca has asked for forgiveness in a generic way – “if something I have said has offended someone, I regret it and withdraw it” – and has criticized the political position of Vox in relation to gender violence. Then, and after accusing the regidor of being “a recognized and absolute scoundrel», The entire Vox Group in the Granada City Council has risen from their seats and has left the Plenary Hall.

Later, Rodríguez Gallego stated that «the mayor has no manners or education towards women»And thanked the support received both in plenary session and in social networks from different councilors, such as Manuel Olivares, non-attached mayor from Cs.

I deeply regret the lack of respect shown by a Mayor, @PacoCuenca , to a partner in the @aytogr.

My support for @MonicaGrx and my consideration whether we disagree or not. pic.twitter.com/OYTcYfLEC1

Groups with representation in the Granada City Council and its non-attached councilors have joined this Friday to unanimously move forward, among other points, a statement to promote the project of the freight transport center or the file for the municipal capital increase in the public company Cetursa Sierra Nevada. Likewise, in the field of the fight against gender violence, all the groups have agreed to give the name of Ana Orantes – murdered by her husband in 1997 – in a city park.