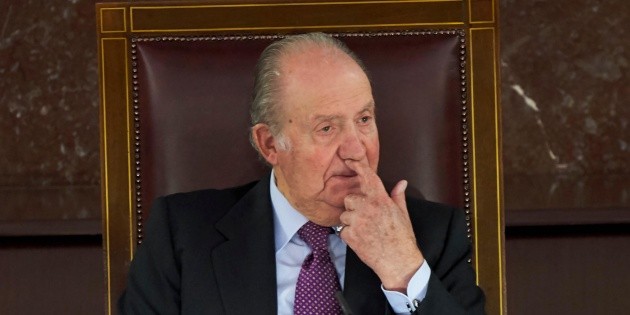 The story of King Juan Carlos who surpasses the Crown

If there is something for which it was characterized The Crown it is for putting the image of the British monarchy in check. Despite the fact that the English Royals never managed to maintain a pristine reign, the Netflix series ended up ruining them as it revealed the most intimate secrets that, in fact, some are still open wounds for the members of the Windsors.


However, England is not the only monarchical country and in Europe there are more than one, but now, another that manages to get into trouble is Spain. Just as it happened, throughout history, whenever Buckingham Palace was stained, so did La Zarzuela Palace, where King Juan Carlos reigned until 2014.

And, it is the latest facts that confirm that, in addition to being family and all descended from Queen Victoria of the United Kingdom, they often ruin their own image together. It is that, just as the Windsors encountered, during 2020, with the Megxit, the Bourbons were also involved in the corruption scandals of the King Emeritus.

But, beyond the latest scandals, the life of Don Juan Carlos de Borbón is worthy of a series, just as it happened with Isabel II in The Crown. So much so that Javier Olivares is already working on El Rey, a biography that will be created for Globomedia and will have three seasons already confirmed by the same director.

How was the life of King Juan Carlos?

Born on January 5, 1938 in Rome, Italy, Juan Carlos de Borbón is the son of the Count of Barcelona, ​​Juan de Borbón and María de las Mercedes de Borbón. His lineage is purely monarchical since he descends from King Alfonso XIII, his grandfather and the last monarch of Spain before the dictator, Francisco Franco, took over the nation.

But, despite his “royal blood”, the King Emeritus was deprived of being able to be born in La Zarzuela and in his beloved Spain since his family was in exile in Italy. However, at the age of ten his father, Don Juan de Borbón decided to make an agreement with Franco: the dictator had to raise his son and teach him everything that a future King had to know.

Of course, in that “word contract” it was also said that, if the Bourbons did not interfere in Franco’s mandates, then it would be the Count who would inherit his legitimate title: to be King of Spain. However, when the dictator died, who was proclaimed as Head of State was, precisely, Juan Carlos I, thus returning the monarchy to his country.

So much so that, from November 22, 1975 to June 18, 2014, Spain was commanded by King Juan Carlos de Borbón. During his reign, his image remained pristine and the Spanish began to love him and respect him little by little, as well as his consort, Queen Sofia of Greece, since they were the first leaders who opened up to their subjects.

However, everything got worse when, after his abdication, his fiscal problems became known. In fact, such was the chaos and commotion it generated in Spain that, on August 3, 2020, he decided to leave his country after “a thoughtful decision”To address a golden exile in Abu Dhabi.

“The latest events surrounding his figure have contributed to an even more diverse and transversal interest than he had before, when he was only an institutional figure”, Highlighted Javier Pons regarding the image of the Emeritus and in order to clarify the decision to make a series with his name. And, unlike what it shows The Crown, “Juanito”, as his intimates tell him, was not born in a “golden cradle”.