Home
Entertainment
The story of the man who carried his daughter to school, in the middle of a transporters’ strike

The story of the man who carried his daughter to school, in the middle of a transporters’ strike 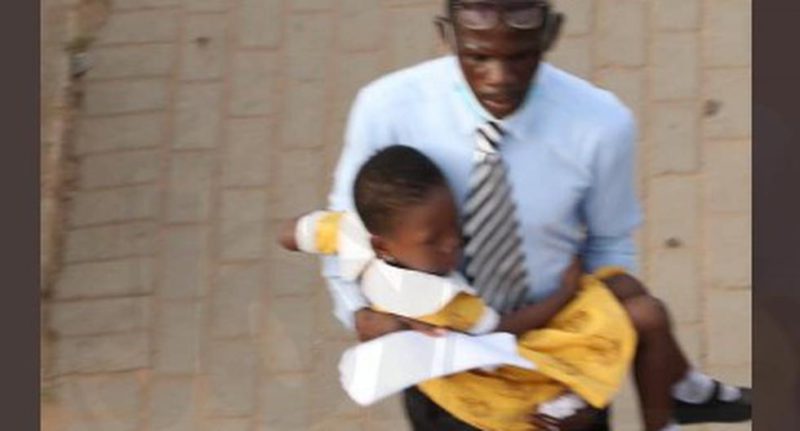 A man became the protagonist of an emotional scene, which was viral on social media. In the midst of a strike by Ghanaian carriers, he carried his daughter and walked her to her school. A group of people campaigned on Twitter to raise money and buy him a car. Learn more about this moving history.

On the last December 6, a transporters’ strike was held in Ghana, due to the rise in the price of fuel in that country, as reported African media. From early in the morning, the Ghana Road Public Transport Union (GPRTU) launched this protest.

Thousands of Ghanaian citizens, as a result of what happened, were stranded and traveled on foot to reach their work centers and other institutions.

One man, in particular, attracted attention in the protest, for walking with his daughter in his arms. As reported by journalist Kenneth Awotwe Darko, the subject accompanied her to her school.

The photograph, which was recorded by the photographer of Joy Online, David Andoh, went viral on Twitter. In just 24 hours he got 7 thousand retwees and more than 10 thousand likes,

A group of people ran a Twitter campaign to try to buy the man a car. To do this, journalist Kenneth Awotwe Darko asked to share the publication and thus be able to locate it. Soon after, he mentioned that they managed to contact him.

“Thank you for the love you showed him and I am excited to say that you have been contacted. Appreciate the collective effort guys ”, wrote the journalist.